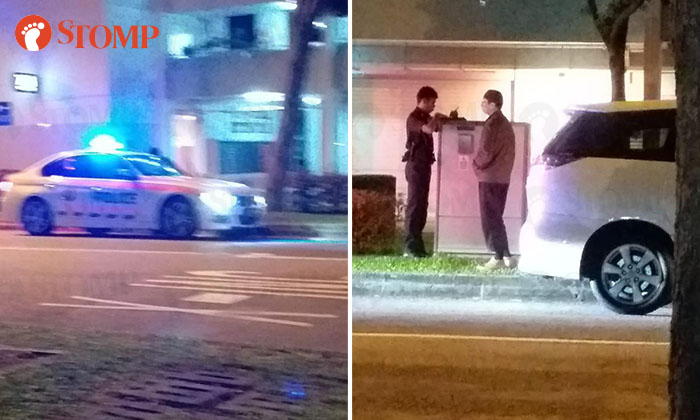 A 43-year-old cyclist was taken to hospital after an accident involving a car occurred along Yishun Street 72 on Monday night (Dec 23).

Stomper Ah Boy contributed a video and photos showing the aftermath of the accident.

Ah Boy told Stomp: "I was at a coffee shop nearby at about 10pm when I noticed a lot of people suddenly getting up and leaving.

"I wanted to know what was going on so I followed them about 20 metres away and saw that an accident had happened.

"When I went over to the site of the accident, it had already occurred.

"I didn't hear or see the accident happening because I had my back turned the whole time.

"Couldn't see if anyone was injured but a short while later, an ambulance arrived.

"Then I saw someone on a bed and being sent into the ambulance. He seemed unhurt and had what looked like a blood pressure gauge on his elbow."

Responding to a Stomp query, the police said: "At 10.16pm on Dec 23, the police were alerted to an accident involving a car and a cyclist along Yishun Street 72 towards Yishun Ring Road.

"The cyclist, a 43-year-old man, was conscious when conveyed to Khoo Teck Puat Hospital.