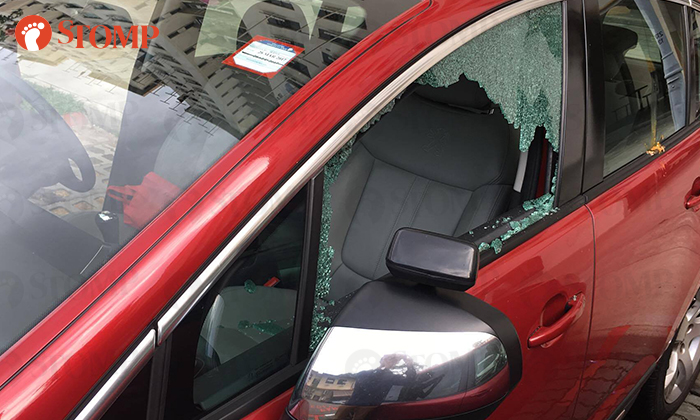 A 42-year-old man has been arrested for his alleged involvement in a case of theft from a vehicle.

The incident which happened at a carpark near Block 213, Lorong 8 Toa Payoh on Tuesday (Aug 8), was reported by Stomp in an earlier article.

Stomper Tan had found the window to the left passenger seat of his car shattered, while on his way to work at 8.50am.

In response to Stomp's media query, a police spokesman said:

"A 42-year-old man was arrested in relation to the case.

Tan had nothing but praises for the police, saying:

"The police are really quite fast and efficient.

"I didn't even have recorded footage of the incident in my car."