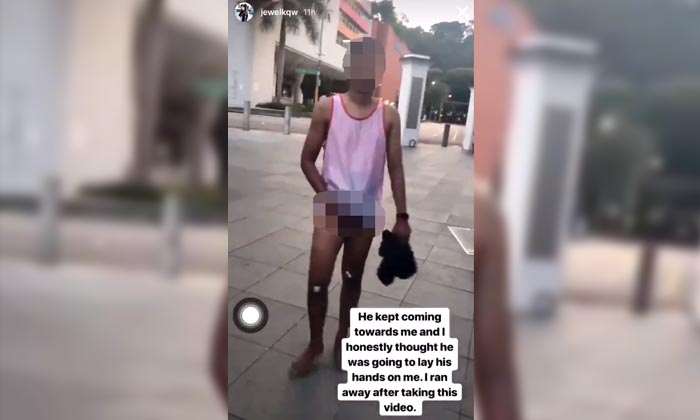 A 40-year-old man has been arrested by the police after he was allegedly filmed flashing a girl at Clarke Quay on Sunday (July 7).

Koh decided to leave first after she finished supper with her friends at a Haidilao hot pot restaurant.

She decided to get a cab from Liang Court and while she was on her way there, a man appeared "out of nowhere" and 'grabbed her tightly'.

Koh tried to shake him off but the man appeared to continue following her as he touched himself inappropriately.

She turned around and shouted: "Stop following me!"

Koh said she then realised that the man had removed his pants as he blocked her path and flashed himself to her.

She said to Mustsharenews: "I thought he was going to attack me already when his pants came off. I screamed for help, but no one came."

She ran away afterwards and subsequently posted a warning about the man on her Instagram Stories.

Koh later updated her Instagram Stories that she had lodged a report with the police and submitted the videos as evidence. 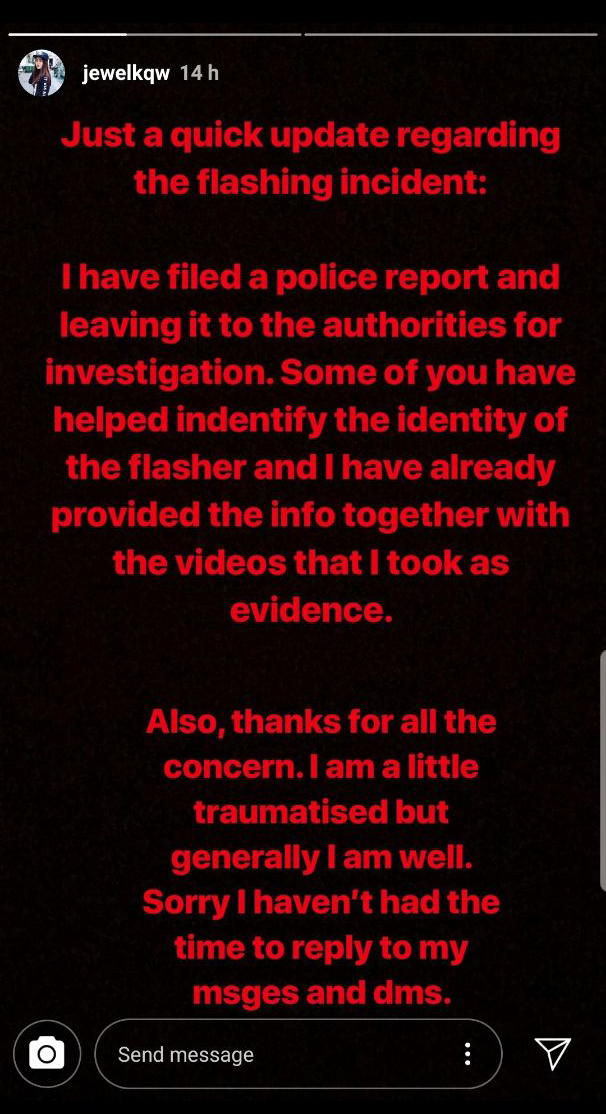 Responding to Stomp queries, the police said: "On July 7 at 5.46am, the police were alerted to a case of public nuisance along 1 Fullerton Square.

"A 40-year-old man was arrested in relation to the case.