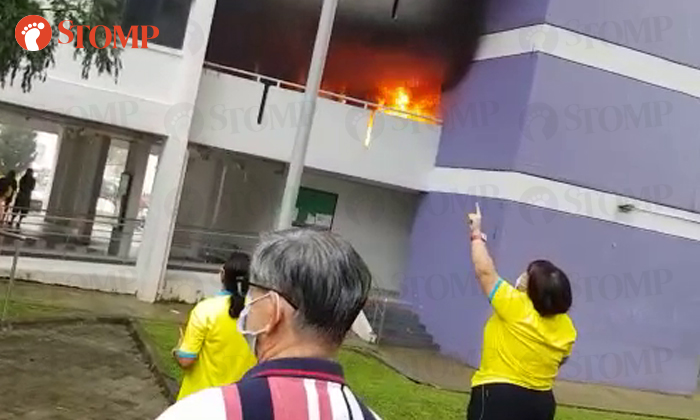 The Singapore Civil Defence Force told Stomp that they were alerted to the fire, which involved items along the common area on the second floor, at around 6.10pm.

The police evacuated about 40 people from the affected block.

Stomper Jack shared a video taken at the scene, showing the fire raging on the second-floor corridor of the block.

In the video, someone can be heard asking "inside got people or not?" and another woman replying "all come out already".