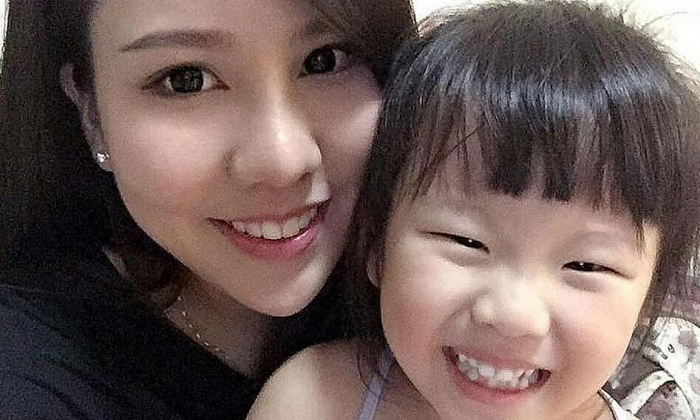 More than a year after being killed in a car accident, Eleanor Tan Si Xuan remains in the hearts of family and friends.

The four-year-old died on Oct 9, 2017, after being hit by a speeding car along Bukit Batok Central, when she was on the way home from school with her family's maid.

Sai Mee Chun, 54, was sentenced to six weeks' jail and disqualified from driving all classes of vehicles for five years on Thursday (Dec 6).

For Madam Jacelyn Wong, who has a three-year-old son and is expecting another boy in February, it finally feels like closure.

According to The Straits Times, the 25-year-old housewife is seven months pregnant.

She said: "We didn't actively ask for updates on his case because it doesn't make a difference. We want our memories of Eleanor to be about us (as a family), and not about him and the accident."

To Madam Wong and her husband, they will always be a family with three children.

Their grief has been assuaged a little by an upcoming addition to the family. Madam Wong found out she was pregnant in June.

"The new baby gave us motivation and we started preparing for the new adventure," she added.

"It did divert our attention away from our loss, but Eleanor will always be part of the family."

Her daughter's former kindergarten teachers, classmates and their parents also keep Eleanor, who they described as a bubbly and cheerful girl, close to their hearts.

Last week, they presented Madam Wong with letters and a graduation gift in memory of their classmate, who would have graduated from kindergarten, at a recent ceremony at the school.

"She might not be with us physically, but she exists in all our hearts," said Madam Wong.

Madam Wong faces an almost daily reminder of the accident when she takes her son to and from school as they have to go past the scene of the fatal accident. He goes to the same school that his sister attended in Bukit Batok.

"In the beginning we would cry whenever we walked past. But now, we say a little prayer for Eleanor."