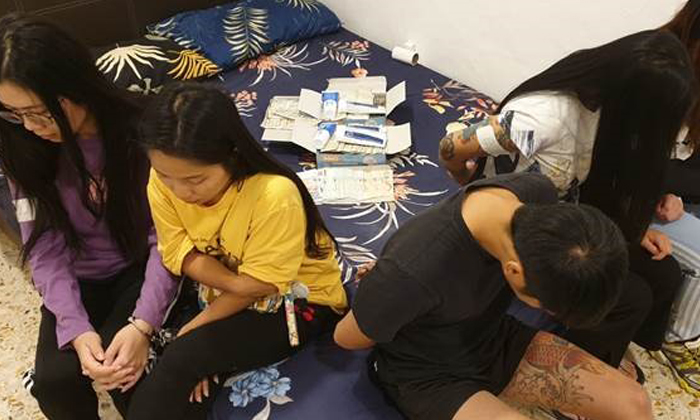 One man and four women, aged between 20 and 39, were nabbed in an enforcement operation against vice activities along Joo Avenue on Tuesday (Jan 21).

Preliminary investigations revealed that the women were believed to have advertised sexual services online and operated from the residential units along Joo Ave.

The man was believed to be managing the vice activities of the four women.

Anyone who knowingly lives wholly or in part on the earnings of the prostitution of another person, if found guilty, shall be punished with a jail term of up to five years and a fine of up to $10,000.

"The police will continue to take tough enforcement action against those involved in such illicit activities," they added in the statement.