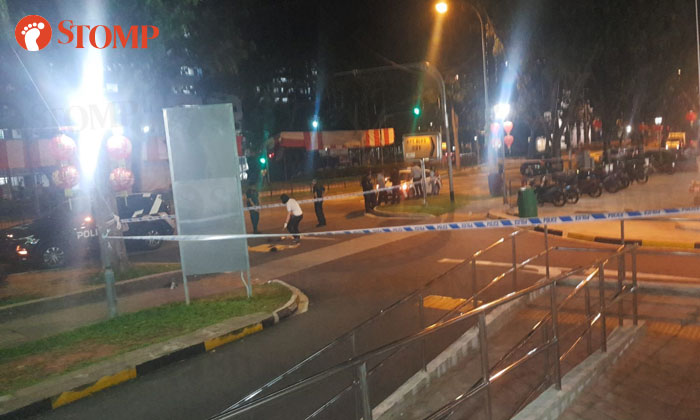 Four teenagers were arrested for rioting after a brawl broke out at Boon Lay Place Market at around midnight on Friday (Dec 21).

Stomper Benitha alerted Stomp to the incident and shared photos she had taken at the scene.

In her photos, an area of the market had been cordoned off by police officers.

"I'm not sure if it was a gang clash or something else," she said.

"From what I heard, one guy slashed another."

Stomp understands that slashing was involved in the fight.

In response to a Stomp media query, a police spokesperson said they were alerted to case of rioting at around 12.17am.

"A 21-year-old man was conveyed conscious to the National University Hospital," the spokesman said.

Four teenagers, aged between 15 and 18, were arrested.

The police said they expect to make more arrests.

According to Shin Min Daily News, more than 20 people were involved in the fight, which lasted around 10 minutes.