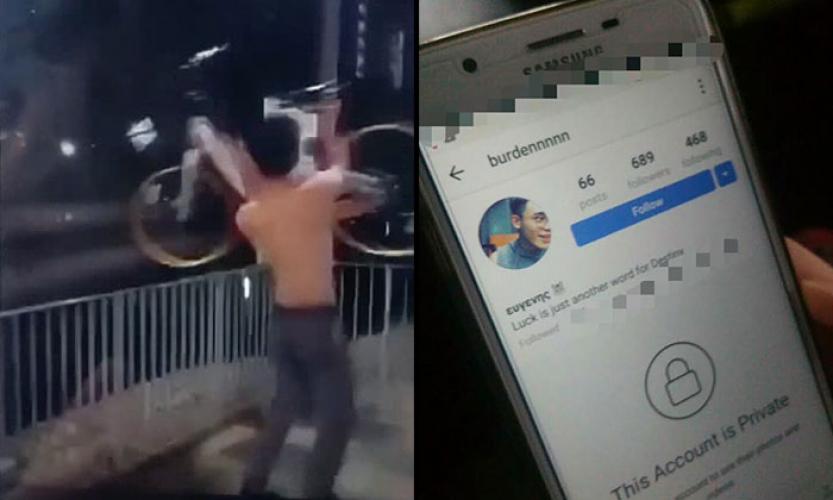 Four teenagers aged between 16 to 18 have been arrested for committing a rash act and public nuisance, after a Snapchat clip of one of them tossing an oBike into a canal in Punggol, before riding an ofo bike into Punggol MRT Station and Bus Interchange last Friday (Jun 20) went viral.

In an earlier article, Stomper 123 had alerted Stomp to a video of the incident.

After receiving a report of a man tossing the bicycle into the canal, and riding another one in Punggol MRT Station, officers from the Ang Mo Kio Police Division conducted extensive ground enquiries, establishing the identities of the four suspects.

The four were then arrested along Ang Mo Kio Avenue 9 on Monday (Jun 19).

If the suspects are convicted of committing a rash act, they face a jail term of up to six months and/or a fine up to $2,500. If convicted of public nuisance, they could be fined up to $1,000.

The incident comes in light of a string of bicycle-related offences.

Just last week, a 14-year-old boy was arrested for throwing an ofo bike down 30 storeys in a HDB block at Whampoa.