4 teens arrested after allegedly assaulting and robbing man of $6, IC and comb in Jurong East 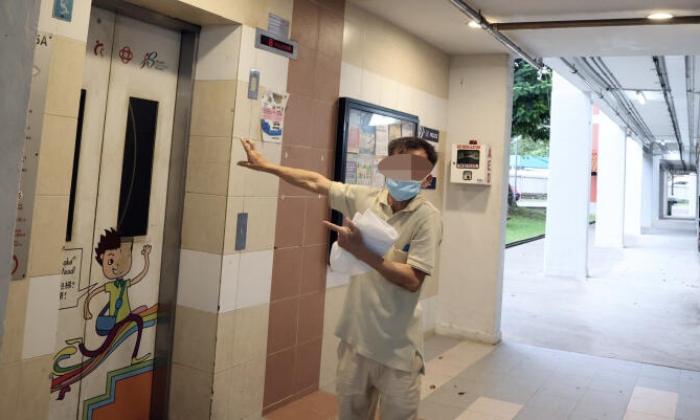 Four teens were arrested after a 67-year-old man was assaulted and robbed in Jurong East on July 13.

Mr Chen Zhe Yang was walking home after buying breakfast from Yuhua Village Market and Food Centre at around 6.15am when he was hit on the head from behind, reported Lianhe Zaobao.

He told the Chinese daily that when he turned around, someone took the contents out of his shirt pocket.

He said he had only $6, his identity card and a comb in his pocket.

He saw four teen boys running away and followed them. He said they were wearing the same kind of shorts and suspected they were from a nearby school.

After about 500m, he was discovered by the teens and one of them hit his head with a broom, causing him to fall in pain. They also kicked his hand.

"They were so strong. How could I be their match?" he said.

As the teens surrounded him, he quickly sought help from people practising qigong nearby and managed to get away.

In response to a Stomp query, police said they were alerted to an assault along Jurong East Street 21 on July 13 at 6.52am.

"The police established the identity of four male youths, suspected to be involved in the alleged assault, with the aid of police cameras," said police.

"The four youths, aged 13 to 14, were subsequently arrested for theft and theft in dwelling allegedly committed on July 12 and 13 respectively. They will also be investigated for the assault on the 67-year-old male victim who sustained minor injuries."