4 taken to hospital after accident involving pedestrian, cyclist and 2 cars in Woodlands 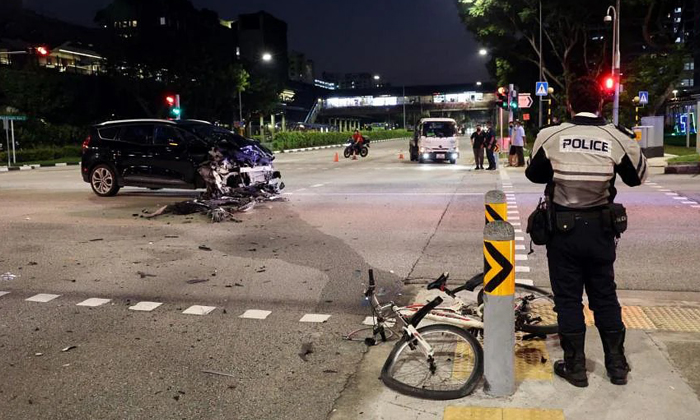 Four people were sent to hospital on Tuesday (Aug 9) after an accident involving two cars, a cyclist and a pedestrian at a junction in Woodlands.

The 25-year-old male pedestrian, as well as three passengers - a man and two women aged between 50 and 75 - were all conscious when they were taken to Khoo Teck Puat Hospital, said the Singapore Civil Defence Force (SCDF).

In response to queries by The Straits Times, the SCDF said it was alerted to the accident at the junction of Woodlands Avenue 6 and 7 at about 6.30pm.

Photos of the accident show a mangled bicycle at the scene.

One of the vehicles, which ST understands is a Strides taxi, was badly damaged and straddled a road divider, with debris scattered around it.