4 taken to hospital after accident involving 2 cars, taxi and bus at Sims Avenue 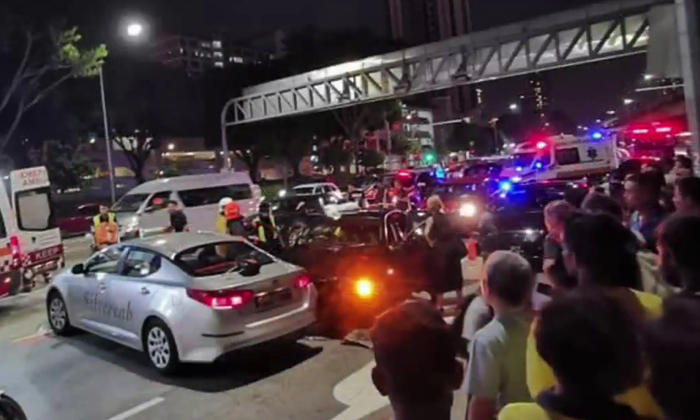 Three men, two of whom are elderly, and a woman were taken to hospital after a four-vehicle accident in Geylang on Monday evening (Aug 19).

In response to a Stomp query, the police said they were alerted to an accident involving two cars, a taxi and a bus along Sims Avenue, towards Sims Avenue East, at 7.06pm.

The four injured people are:

All four were conscious when taken to Tan Tock Seng Hospital.

Facebook page SG Road Vigilante posted a video showing how the chain collision happened and photos of the accident's aftermath.

In the video, a BMW can be seen hitting an SBS Transit bus that was on the leftmost lane and continuing on its way. It then crashed into a Silvercab taxi and another car.

According to Lianhe Zaobao, the accident resulted in the closure of three lanes and also caused a traffic jam.