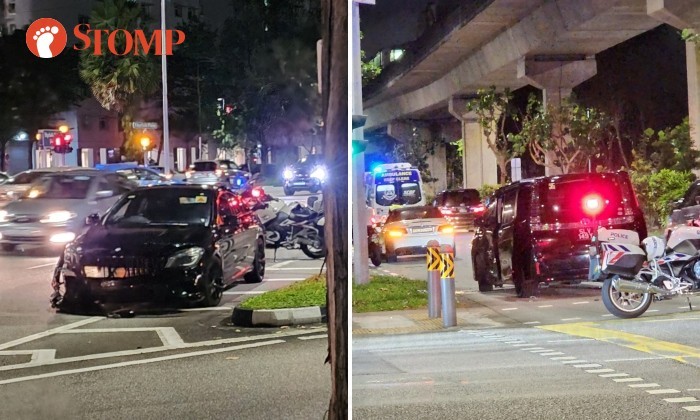 Four people were taken to hospital after a three-car accident at a Punggol junction on the eve of Chinese New Year.

Sharing photos of the aftermath, Stomper Edge said he saw an accident involving a Mercedes-Benz and a Toyota MPV at the junction of Punggol Field and Edgefield Plains. A third car was also involved.

"It looked like the Mercedes was making a discretionary right turn into Edgefield Plains and got hit by the Toyota MPV," recounted the Stomper.

"I also saw two ambulances and traffic police around the area. I hope that the passengers and drivers of both vehicles are safe. Drive safe during this CNY holiday." 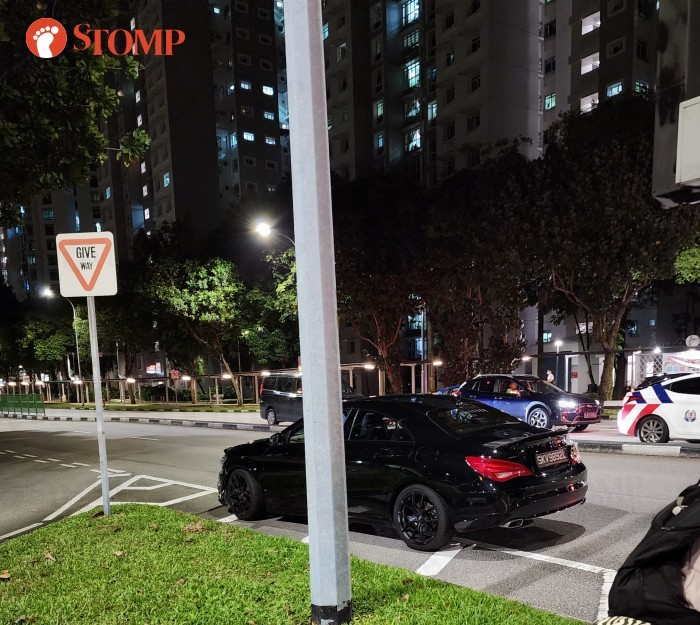 In response to a Stomp query, the Singapore Civil Defence Force (SCDF) said it was alerted to a road traffic accident at the junction on Jan 21 at about 9:15pm.

When contacted by Stomp, the police said they were alerted to the accident involving three cars at 9.13pm.

"Two male car drivers, aged 47 and 42, and their two female car passengers, aged 41 and 38, were conscious when conveyed to the hospital," said police.

A month earlier, an accident involving two cars took place at the same junction on Dec 18.

The police told Stomp they were alerted to the accident at 8.15pm.