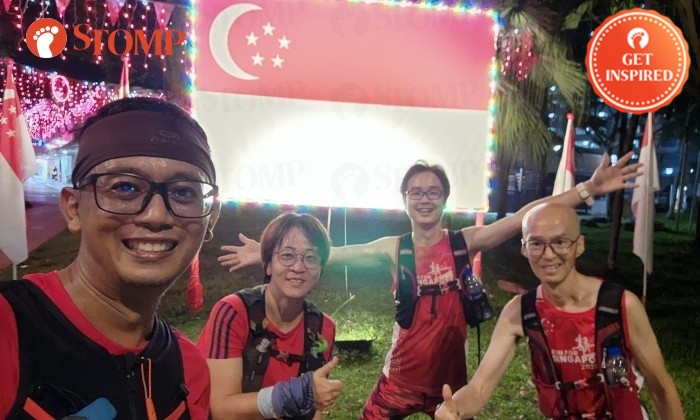 Eight took up the challenge, but only half of them made it.

Sharing photos of their feat, Stomper Jason said: "It was a fun-filled run with initially eight runners, but at the end of it, we were left with only four musketeers to complete the entire 57km at one go!

"It was not easy with the slope and elevation within the run, but we finally did it in 10 hours." 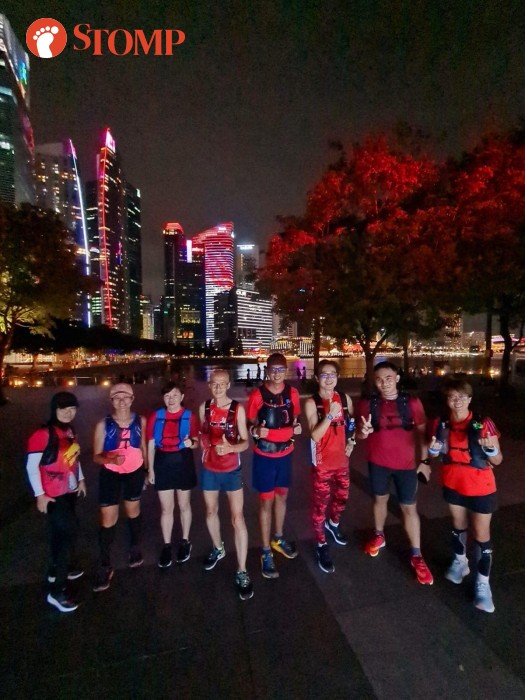 One of the four finishers, Shafiee Barahim, posted on Facebook on Sunday: "Definitely, we were blessed with good weather as it did not rain last night and it was cloudy this morning after sunrise (we completed at about 8.40am)."

It was Shafiee who planned the route, which started and ended at the Red Dot Design Museum at Marina Boulevard. 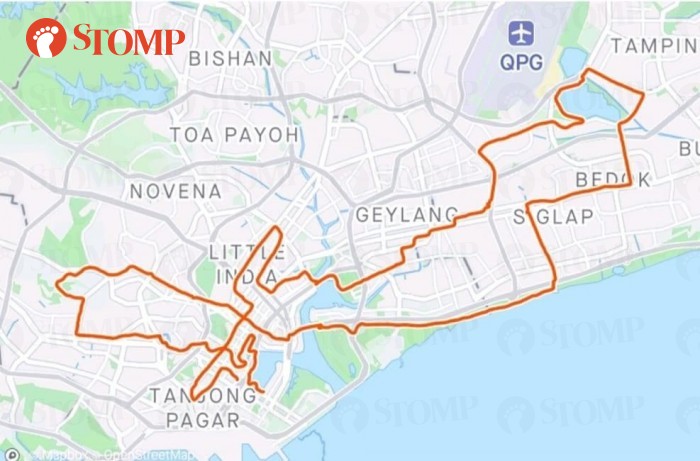 In his Facebook post, Shafiee wrote: "Even though I had managed to complete 200km ultras three times and other more challenging ultramarathons, I was faced with not an easy task to complete this 57km. This was because my knee acted up again at around the 35km mark and for the last 22km, I had to spray my knee with cold spray frequently to relieve the pain as I was limping all the way till we completed this challenge."

A marathon is 42.195km. Anything longer is an ultramarathon.

Besides Jason and Shafiee, the other two runners who survived the route were Winson Soh and Florence Lee.

They are all members of the Happy Feet Running Club.

Jason said it was "truly satisfying" to complete the run and added: "Haaaaappy birthday, Singapore!" 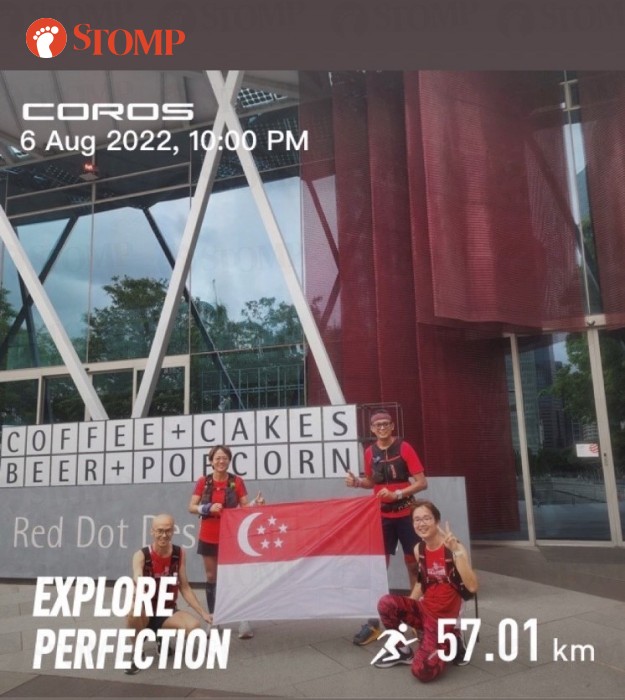 Related Stories
S'poreans are like bricks when we are together, we become stronger as a nation: Brick collector
Local musicians perform NDP songs at iconic locations in Singapore
Man decorates entire office for National Day: 'I can't bring riches but I can bring people the stars'
More About:
National Day
running
get inspired