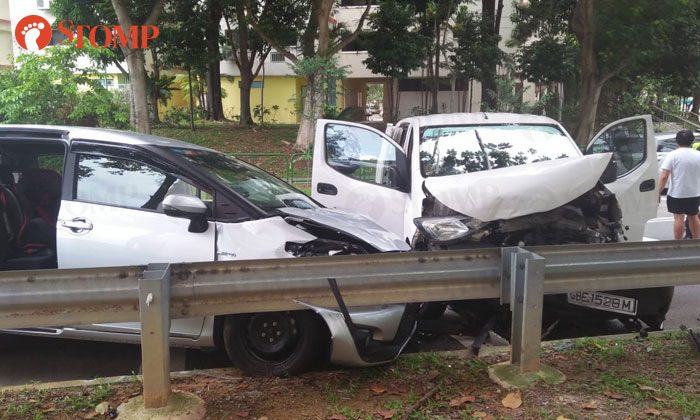 Four people were taken to hospital after an accident involving a car, a motorcycle and a van occurred along Woodlands Ring Road on Saturday afternoon (Oct 27).

Stompers Jacky and Dave alerted Stomp to the incident and said that the motorcyclist is a delivery rider for Foodpanda. 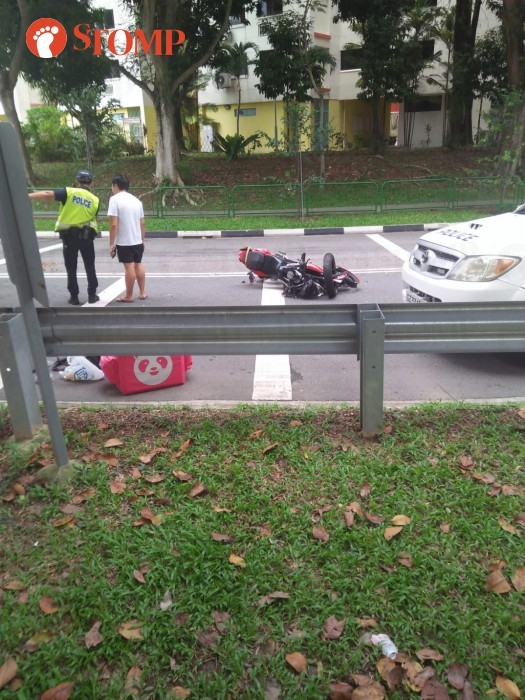 In photos shared by the Stompers, several onlookers are gathered at the scene where a motorcycle is seen lying on the road.

A car and a van appear to have hit a crash barrier at the side of the road. The front of both vehicles are damaged.

In response to a Stomp media query, a police spokesman said that they were alerted to the accident along Woodlands Ring Road towards Woodlands Drive 71 at about 2.04pm.

"The motorcyclist, a 19-year-old man, along with the van driver, a 43-year-old man, and his two female passengers, aged seven and 29, were conscious when taken to Khoo Teck Puat Hospital," the spokesman said.