4 people attacked in case of rioting at Tanjong Pagar Rd, 1 arrested and 2 taken to hospital 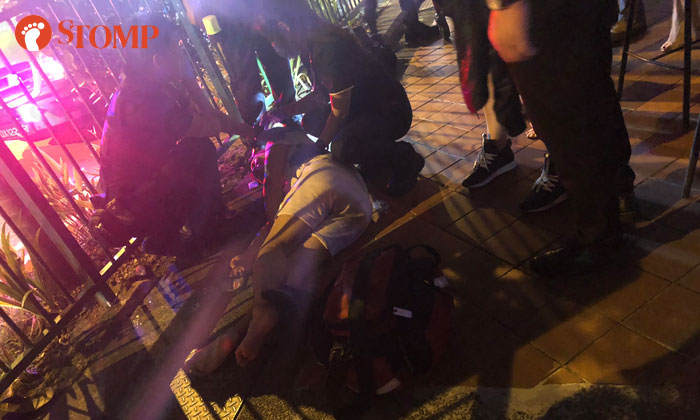 Four people were attacked in a case of rioting in the vicinity of Tanjong Pagar Road and Duxton Road on May 23 in the early morning.

Stomper Alex alerted Stomp to the incident and said that it happened at about 3am.

He told Stomp that a group, comprising of four young men, went on a "rampage", beating up people on the street at Tanjong Pagar Road.

He said that his friend was one of the victims and was attacked at a bus stop.

"After hitting him down on the floor, they continued to kick him in the head with their boots," he said. "There was blood all over."

He said that his friend, who is in his 30s, was taken to hospital.

In response to a Stomp query, a police spokesman said they were alerted to a rioting case in the vicinity of Tanjong Pagar Road and Duxton Road at 2.58am.

"Another 29-year-old man was arrested under the Liquor Control Act."

Stomp understands that the group was walking around the area beating people up randomly and that each attack happened at a different location.

The 38-year-old victim was unconscious when he was taken to SGH while the other man, 29, was conscious.

There was one other victim from the attack who did not require any ambulance service.

Stomper Alex added that he noticed around 20 people taking photos or videos of the attack.

"Please come forward with information or photos of these monsters," he said.