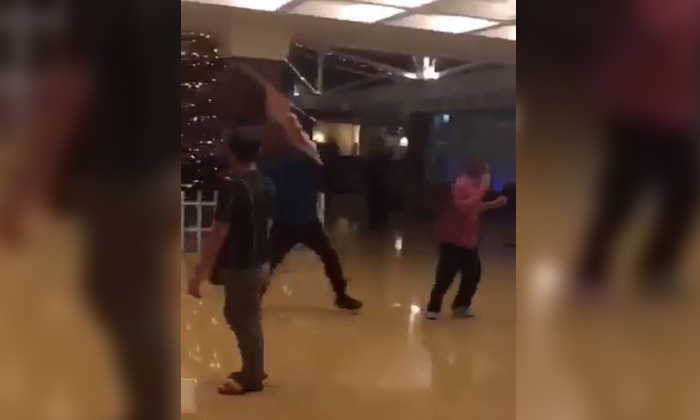 The police are looking into an incident where four men were captured on camera fighting and throwing chairs at one another at Peninsula Excelsior Hotel.

Several Stompers alerted us to a video of the fight was posted to Facebook on Dec 4 which has since accumulated over 280,000 views since it was posted.

In the video, four men were seen punching and kicking one another, all while yelling Hokkien vulgarities.

They were also throwing hotel chairs and hitting one another with the chairs.

Throughout the entire video, a man in a blue shirt can be seen aggressively chasing after a man in black. At one point in the video, the man in a black shirt even held up a notice board to defend himself.

The incident occurred at the hotel at 5 Coleman Street on Nov 26, according to The Straits Times.

Related Stories
Security guard who slapped man at The Central at Clarke Quay sacked: Certis CISCO
Uncle argues with youths after one of them allegedly hits him while riding bicycle
Vulgar fight outside Orchard Towers: Man challenges 2 others to "touch me!"
More About:
fight
brawl
hotel