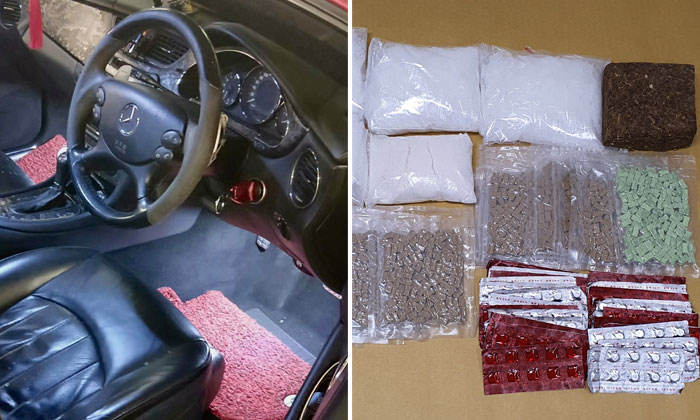 Four men were arrested in a drug bust by the Central Narcotics Bureau (CNB) where over $1 million dollars worth of drugs were seized.

On Wednesday morning, CNB officers intercepted a vehicle in the vicinity of Tuas South and arrested a 24-year-old Malaysian male.

In the second phase of the operation, CNB officers arrested a 50-year-old Singaporean man along Jurong East Avenue 1.

The 50-year-old man was brought to his hideout in the same vicinity, where a search was conducted.

In the same morning, a separate party of CNB officers intercepted a vehicle in Paya Lebar and arrested a 33-year-old Singaporean man and a 30-year-old Malaysian man.

A search of the vehicle was conducted, and drug paraphernalia was seized in the vehicle.

The 33-year-old man was later brought to his residence at  Toa Payoh Lorong 1, where one ‘Ecstasy’ tablet was further recovered.