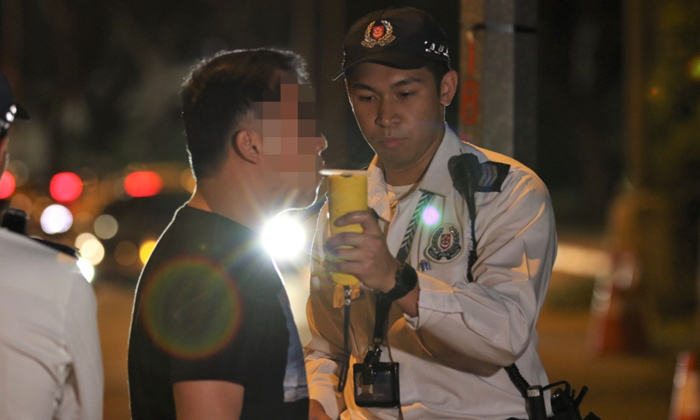 Four men and one woman, aged between 21 and 49, were arrested for drink-driving during an islandwide enforcement operation conducted by the Traffic Police on Friday (Jan 4).

A total of 30 drivers were stopped and tested for alcohol consumption during the anti-drink driving operation.

If convicted of drink-driving, first-time offenders can be fined between $1,000 and $5,000, and can have their driving licences disqualified for a period of not less than 12 months, depending on their breathalyser test results.

Repeat offenders may be punished with a maximum fine of $30,000 and a jail term of up to three years. They may also receive up to six strokes of the cane if they cause death or serious injury.

The number of casualties involved in such accidents also increased to 160 in the first nine months of 2018 from 126 in the same period in 2017.

"Drink-driving is a serious offence and the Traffic Police will not hesitate to take tough enforcement action against motorists who choose to drink and drive."

Motorists are urged to play their part by adopting good RoadSense and keeping the roads safe for all road users.

View more photos of the enforcement operation in the gallery.