4 arrested for illegal prostitution in police operations: 2 women were on their way to a foursome 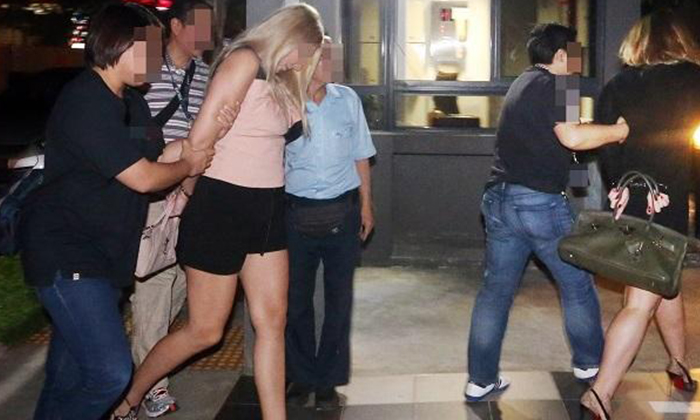 The police have arrested three Russian and an Uzbek for suspected involvement in prostitution-related activities after simultaneous raids in Raffles Boulevard, Tanjong Katong Road and Cairnhill Road.

Two of the suspects were also on their way to a foursome before they were busted.

The girls, aged between 26 and 39, marketed themselves as ‘high class social escorts’ and charged rates starting from $500 an hour, reports Shin Min Daily News via Lianhe Zaobao.

Preliminary investigations revealed that the women sold their services through at least 10 different websites, branding themselves as ‘high class social escorts’.

Advertisements on the websites introduced the women as ‘modern and luxurious prostitutes’ and they could travel to locations designated by the clients to complete the transactions.

Sources also revealed that they had been ‘booked’ by two male customers and were on the way to a hotel, when the police arrived and arrested the two.

It is understood that among the four, a 39-year-old Russian woman will be charged on Saturday (May 6), while investigations are ongoing for the other three.

The 39-year-old is also suspected to be the mastermind behind the group and survives on income generated by their illegal prostitution activities.

The police also pointed that the four suspects had applied for work permits to stay in Singapore so they could work as prostitutes.

Related Stories
Woman allegedly involved in prostitution arrested after trying to bribe 3 policemen at Stamford Road
Man, 69, forces wife, 63, to have sex with friend, 61, for RM20 in Malaysia
How 14-year-old girl was trafficked to S'pore, locked up and sent to brothel to solicit men
prostitute
vice
arrest
Courts and Crime