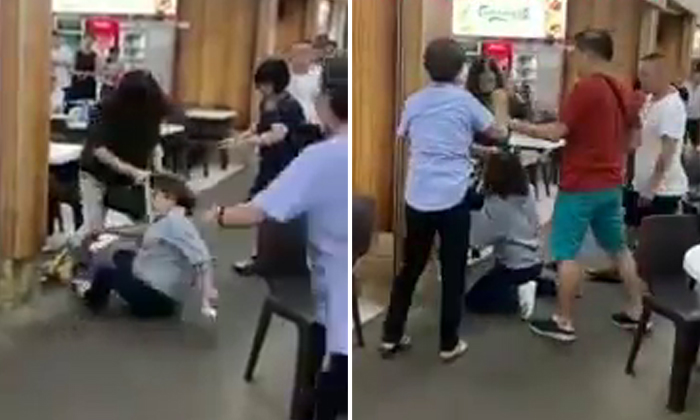 A fight broke out at the coffee shop of Block 704 Bedok Reservoir Road last Tuesday (Dec 11).

Stomp understands that the dispute was over money matters and involved several family members, four of whom were arrested.

A video posted on Facebook shows a woman sitting on the floor, while another long-haired woman hit her and pulled her hair.

A few others can be seen trying to intervene, and one of them -- clad in a light blue shirt -- appeared to be trying to hit the long-haired woman.

However, a man in a red shirt seemingly pushed the person in blue away and helped the long-haired woman to block blows.

His actions have led netizens to slam him.

Others asked for a longer video that would show a fuller story and the "outcome".

In response to a Stomp query, the police said they were alerted to a case of affray at the coffee shop at 5.37pm.

Three women and one man, aged between 55 and 70, were arrested in relation to the case.