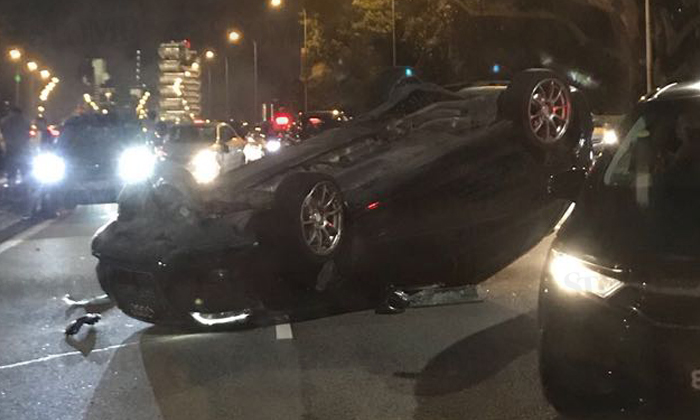 Several Stompers alerted Stomp to photos of the accident that were circulating online, showing an overturned black Audi and a damaged silver car.

A group of people could also be seen waiting by the road side, along a divider.

The Singapore Civil Defence Force (SCDF) said it received a call for ambulance assistance at 7.25pm.

Four adults, aged 24 to 30, were taken to Singapore General Hospital and three children were conveyed to KK Women's and Children's Hospital.

All of them were conscious.

In response to a Stomp query, the police said they were alerted to the accident along Sheares Avenue, towards Central Boulevard, at 7.26pm.