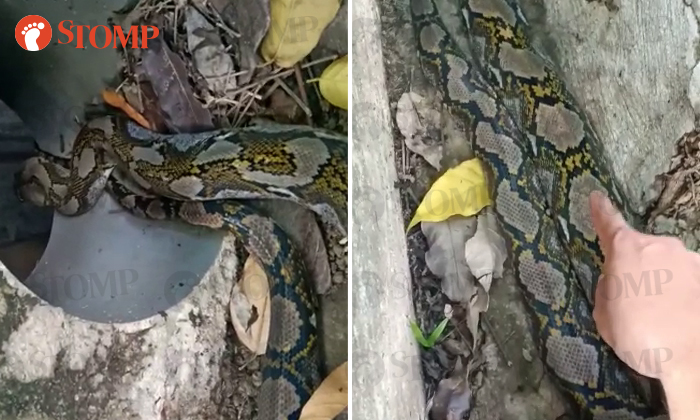 Passers-by were concerned to see a snake in a drain outside Jurong West Primary School on Friday morning (Oct 18).

Stomper Nick said he was walking along the footpath while on the way to the polyclinic at around 9.20am when something caught his eye.

He told Stomp: "There was a python in the drain outside the primary school and I believe it was more than three-metres-long.

"One of the passers-by called the authorities and we wanted to wait for them to arrive, but a teacher from the school asked us to leave.

"We waited for around 20 minutes but no one came, so I'm not sure what happened afterwards.

"Our main concern is for the kids from the school as the python is just outside the school compound.

"It's very dangerous for them and passers-by."

Videos contributed by Nick show the reptile lying in the drain.