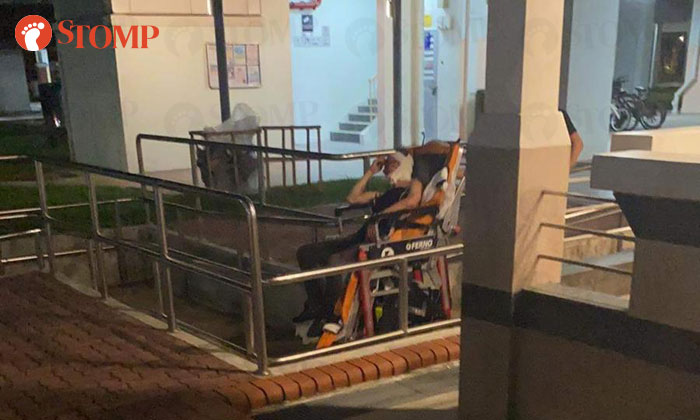 A 39-year-old woman has been arrested for her suspected involvement in the murder of a 51-year-old man.

Stomper K alerted Stomp to the incident after witnessing paramedics taking a woman with bandages around her head to an ambulance near Block 562 Ang Mo Kio Ave 3 on Thursday (July 15) at about 1.30am.

The police said in a statement on Thursday afternoon that they were alerted to a dispute at a residential unit along Ang Mo Kio Avenue 3.

"Upon arrival at the scene, officers found a man and a woman, both with multiple wounds, outside the residential unit," the police said.

The man and woman were both conscious when taken to hospital where the man subsequently died from his injuries.

Preliminary investigations revealed that the man and woman knew each other.

The woman is currently warded in hospital for medical treatment.

She will be charged in court on Friday (July 16) with murder.The offence carries the death penalty.

Related Stories
43-year-old man arrested for murder after man, 46, found dead with stab wounds at Sumang Walk
Clementi death: Brother and 2 others have charge upgraded to murder of teenage girl
20 years' jail for man who slashed one boss to death with chopper, severely injured another
More About:
murder
dispute
Ang Mo Kio