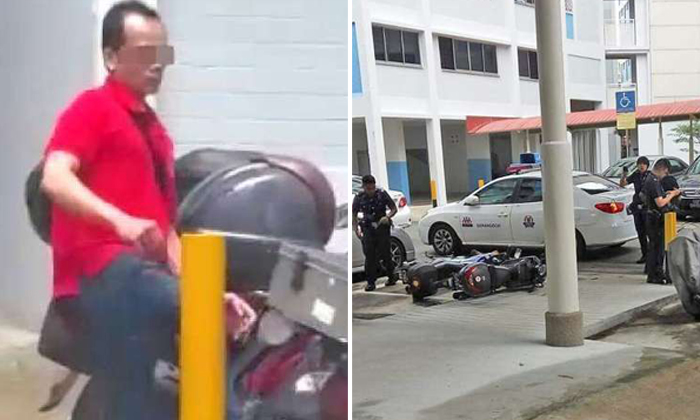 A 39-year-old man has been nabbed for allegedly kicking motorcycles and damaging cars at an open-air carpark in Serangoon last Saturday (Dec 3).

The Straits Times previously reported that the man was allegedly seen denting more than 10 cars and kicking down four motorbikes in a carpark at Block 139, Serangoon North Avenue 2.

According to eyewitnesses, a bespectacled man in a red shirt had been seen pounding on the hoods of cars with his bare fists.

He also reportedly stood at the entrance of the carpark and blocked vehicles from entering, before allegedly walking to a row of motorcycles and kicking them down.

The suspect was arrested for vandalism on Wednesday in Ang Mo Kio after "extensive follow-up investigations", the police said in a statement on Thursday.

If convicted, he could be jailed up to three years or fined up to $2,000. He could also be subject to three to eight strokes of caning.