39 arrested for various offences including offering sexual services and gambling 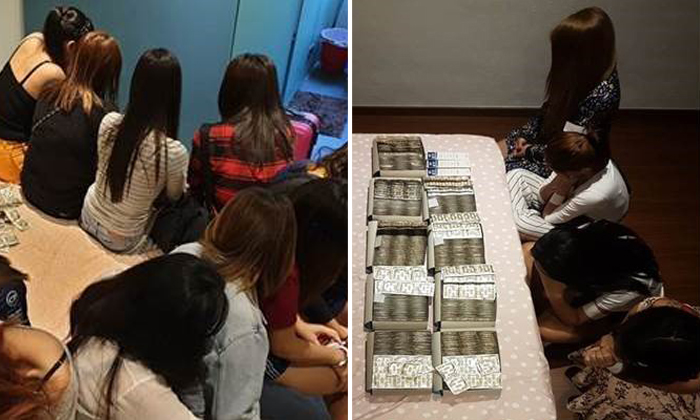 Seven men and 32 women, aged between 21 and 71, were nabbed in a police operation against vice and gambling activities from March 7 to 10.

Thirty women were arrested for offences under the Women’s Charter.

These women were believed to be offering sexual services and operating from hotels and rented apartments, said the police in a statement on Tuesday (March 12).

Five men and two women were arrested for offences under the Common Gaming Houses Act. Cash amounting to $392 was seized.

Another two men were caught for immigration-related offences.

Related Stories
6 women arrested in police operation, including 1 for public drunkenness
19 arrested for vice and drug-related offences during checks on massage operations
51 arrested for offences including drug and gambling activities in 9-day operation at Geylang
More About:
vice
raid
police
arrest