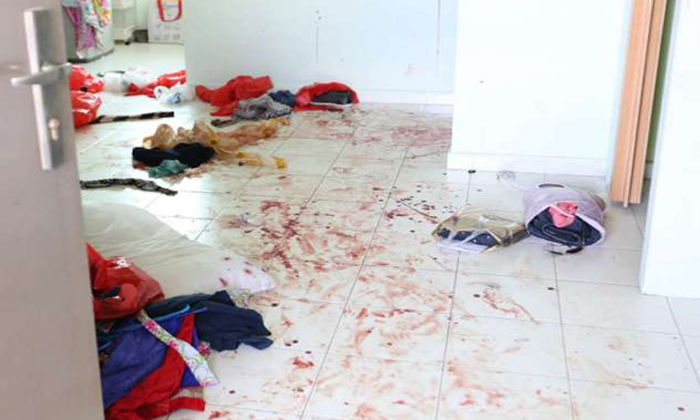 A 36-year-old man who allegedly slashed his girlfriend's arm at a Housing Board flat in Bukit Panjang on Saturday (Jan 7) morning was arrested on the spot.

Lianhe Wanbao reported that the incident happened at about 8am at Block 632A, Senja Road.

The police told The Straits Times they were alerted at 8.11am to a case of "voluntarily causing grievous hurt with a dangerous weapon".

Police added that a 34-year-old woman was taken conscious to Ng Teng Fong General Hospital and that a 36-year-old man was arrested in relation to the case.

The Singapore Civil Defence Force told ST it was alerted to the accident at 8.15am and sent one ambulance.

The woman's injuries are understood to be quite severe.

A neighbour told Wanbao that the couple had moved in two to three months ago and often quarrelled.

It is believed that a neighbour called the police this morning after hearing the pair fighting.

Police sealed off the scene for more than four hours to conduct investigations, Wanbao said.

The floor inside the house was found spattered with blood.

The woman's family rushed to the hospital once they were informed of the news.