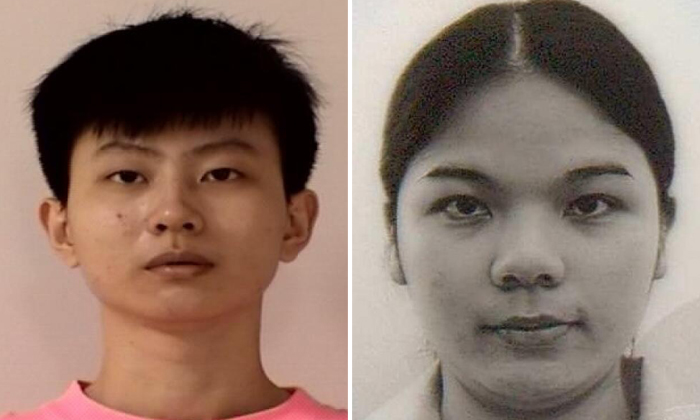 Two Malaysian men were each sentenced to a year's jail on Thursday after they admitted in a district court to their roles in helping a couple allegedly involved in a $32 million luxury goods scam flee Singapore.

The two men had assisted Singaporean Pi Jiapeng and his Thai wife Pansuk Siriwipa to leave the country illegally.

Mohamed Alias and Fazli worked for the same logistics company in Malaysia.

One of Fazli’s acquaintances, known only as “Anson”, contacted him on or around July 3.

Anson asked Fazli to find a driver to smuggle two people out of Singapore and into Johor via the Tuas Checkpoint on July 4.

Anson did not identify the two people by name but they were later found to be Pi and Pansuk.

Fazli roped in Mohamed Alias, who was a lorry driver and whose job scope included making deliveries from Malaysia to Singapore.

Mohamed Alias agreed to help the couple leave the island in exchange for a fee.

On July 4, he drove a Malaysian-registered lorry to a self-storage facility in Ang Mo Kio to perform a delivery.

He shared his location with Fazli who told him to wait for the couple there. Pi and Pansuk later boarded the lorry and sat at the passenger seat.

When they were nearing Tuas Checkpoint, Mohamed Alias told the pair to hide in the vehicle’s container compartment.

They reached the checkpoint at around 7.30pm and an immigration officer performed a standard clearance for the lorry to leave Singapore.

Deputy Public Prosecutor Sarah Thaker said no spot check was conducted on the container of the lorry. Mohamed Alias called Fazli after they reached Johor.

The prosecutor said: “On Anson’s instruction, Fazli told Alias to alight Pi and Pansuk at a flyover near Johor Checkpoint... Pi and Pansuk were subsequently picked up by an unidentified driver.”

The two men were traced in the course of police efforts to locate Pi and Pansuk.

Mohamed Alias was arrested on July 14 while Fazli was caught 15 days later. They were later charged in a Singapore district court.

On Thursday, the DPP urged the court to sentence each man to a year’s jail, adding: “The harm caused was substantial – two persons who were under investigations for serious offences were thereby aided to leave Singapore illegally.”

The two men, who were unrepresented, told the court in their mitigation pleas that they have family members to support back home in Malaysia.

Pi and Pansuk, both 27, left Singapore after they allegedly failed to deliver $32 million worth of goods to customers.

Pi, who was born in Fujian province in China, was initially arrested by the Singapore police on June 27.

His passport was impounded and he was released on $15,000 bail the next day.

Pansuk was assisting the police with investigations and had surrendered her passport on June 30.

The couple became uncontactable and left Singapore on July 4.

Arrest warrants and Interpol red notices were then issued against the pair.

The Royal Thai Police later told police here that the duo were possibly staying in a Johor Bahru hotel.

The police then asked their counterparts in Malaysia to locate them.

The couple were arrested on Aug 11 and handed over to the police here that day.

Pi and Pansuk first appeared in court on Aug 12, when they were each handed three charges - two for cheating and one for leaving Singapore illegally.

They are accused of being involved in a conspiracy to cheat customers of Tradenation and Tradeluxury between January and June.

The amounts said to be involved were not disclosed in court documents.

The pair allegedly duped victims into believing they would be sold watches and luxury handbags, but had no intention of delivering the items.

The couple's pre-trial conference will take place on Oct 11.