Man locks himself inside Yishun flat, arrested after stand-off with police 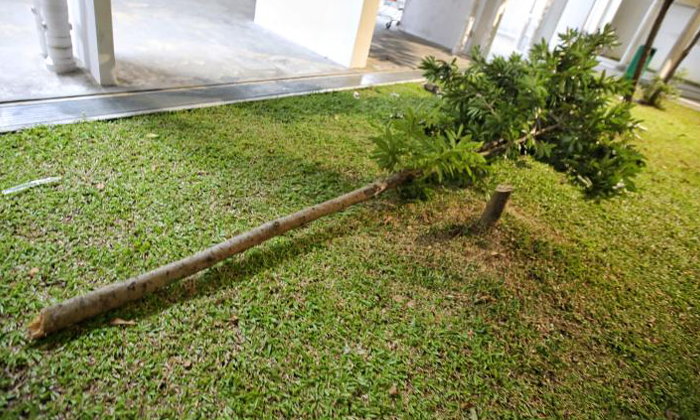 A 32-year-old man locked himself inside his 13th-storey flat on Sunday evening.

Police later went in and he was arrested.

But before that, a tree had to be cut down for a safety mattress to be placed at the foot of Block 269B Yishun Street 22.

Police said they had conducted an operation there at about 8.30 pm.

Shin Min Daily News reported that the unit is occupied by a family of four, including two young children.

They have been living in the flat for barely a year, said an unnamed neighbour.

The New Paper understands that the man was arrested in a separate case, and there was a concern that he might turn violent.

Shin Min reported that police officers entered and left the unit around 11pm. Some officers were seen wearing blue gloves.

The man was seen being led out of the flat in handcuffs.

Another man who lives on the same storey told the Chinese newspaper that the police spent about an hour at the locked door of the unit, speaking to the man, in an attempt to get him to unlock the door.

Police said that investigations were ongoing.