313 suspects investigated for involvement in scams, money-laundering and loanshark activities 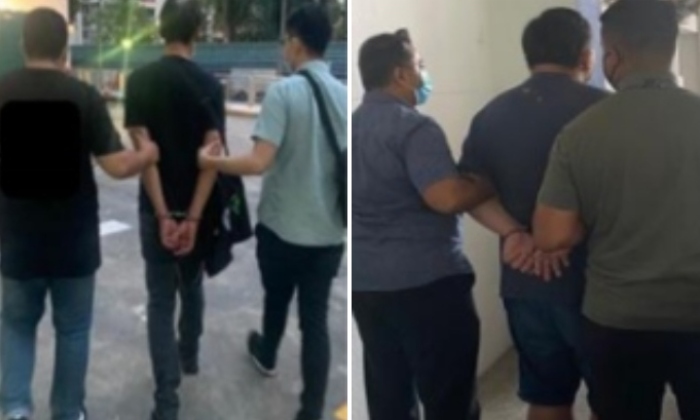 A group of 220 men and 93 women, aged between 16 and 76, are being investigated by officers from Bedok Police Division for their suspected involvement in scams, money-laundering and unlicensed moneylending activities.

This comes after a nine-day enforcement operation conducted between August 3 and 14.

The police said in a statement that during the operation, five men and four women, aged between 16 and 56, were arrested for their suspected involvement in cases of cheating and criminal breach of trust.

In addition, another 49 men and 29 women, aged between 19 and 72, are being investigated for their suspected involvement in e-commerce scams and money-laundering activities involving transactions exceeding $1.24 million.

"166 men and 60 women, aged between 16 and 76, are being investigated for their suspected involvement in loan scams and loanshark activities involving transactions exceeding $296,000," said the police.

"Amongst these, 34 men and eight women were arrested for offences under the Moneylenders Act."

The offence of cheating carries a jail term of up to ten years, and a fine.

The offence of money-laundering carries a jail term of up to ten years and a fine up to $500,000.

The offence of criminal breach of trust carries a jail term of up to seven years, a fine, or both.

Under the Moneylenders Act (Revised Edition 2010), first time offenders found guilty of assisting in carrying on the business of unlicensed moneylending shall be liable to a fine not less than $30,000 and not more than $300,000 with mandatory imprisonment of up to four years and mandatory caning of up to six strokes.

In the case of a second or subsequent conviction, offenders shall be liable to a fine of not less than $30,000 and not more than $300,000 with mandatory imprisonment of up to seven years and mandatory caning of up to 12 strokes.

"The scale of the operation reminds us of the growing threat of online scams, and behoves us to exercise caution when using the internet.

"To avoid becoming an accomplice to scams, the public is advised to reject requests by others to use your bank account or mobile lines as they may be later used for illegal transactions.

"We hope the public will join us in staying vigilant.”

Anyone with information on such scams may call the Police hotline at 1800-255 0000 or submit information online at www.police.gov.sg/iwitness.

Members of the public are also advised to call the police at ‘999’ or the X-Ah Long hotline at 1800-924-5664 if they suspect or know of anyone who could be involved in illegal loansharking activities.