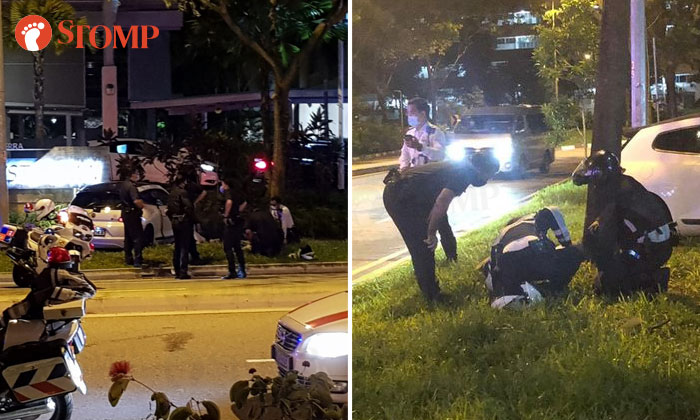 An early morning car chase from the Central Expressway (CTE) to Canberra Street led to the arrest of a 31-year-old driver on Saturday (Sept 12).

His male passenger is still at large after fleeing the car on foot when it mounted a kerb and crashed into a tree.

The police said that at about 1.10am, traffic police officers were patrolling along the CTE towards Seletar Expressway, near Ang Mo Kio Avenue 1, when they came across a driver who was driving at a relatively slow speed on the extreme right lane.

An officer signalled to the driver to stop the car so that they could conduct a check, but he refused to stop and sped off. The officers gave chase.

In a video uploaded on Facebook page SG Road Vigilante, a white hatchback is seen driving against traffic at high speed.

On the other side of the road, at least three police vehicles, including two motorcycles and a car, are seen chasing it.

It subsequently mounted a kerb in Canberra Street and collided into a tree, said the police.

The driver was arrested for dangerous driving, driving without a valid driving licence, and suspected drug-related offences. 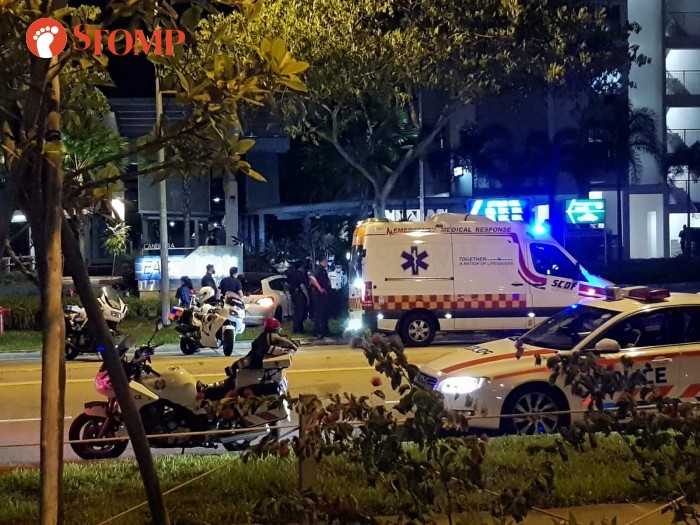 Stomper Teck Wee said he heard a loud bang and later saw the driver being taken away on a stretcher. PHOTO: STOMP

He was conscious when taken to Khoo Teck Puat Hospital, and no injuries to other people were reported.

The police are seeking the male passenger to assist with investigations. He was seen in the video running away from the scene into adjacent housing blocks, pursued by policemen on foot.