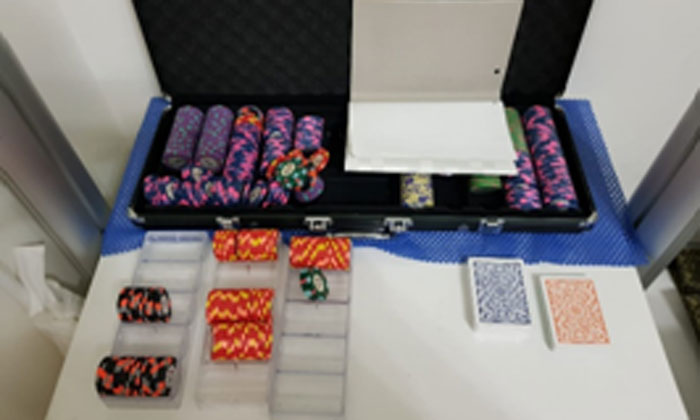 Seventeen women were arrested for offences under the Women’s Charter. These women are believed to have advertised sexual services online while conducting vice activities at hotels and rented apartments.

Thirteen men and a 22-year-old woman were arrested for offence under the Common Gaming Houses Act and cash amounting to S$22,261 were seized.

An 80-year-old woman was arrested for offence under Remote Gambling Act. A laptop and handphone were seized.

Landlords and hotel owners are advised to ensure that tenants do not carry out vice activities in their premises. Unlicensed brothel operators can be given a maximum fine of $10,000 and/or up to five years’ imprisonment. Any person who knowingly lives wholly or in part on the earnings of the prostitution of another person can be jailed up to five years and fined up to $10,000.

Under the Common Gaming Houses Act, any person gaming in a common gaming house shall be guilty of an offence and shall be liable on conviction to a fine not exceeding $5000 or to imprisonment for a term not exceeding 6 months or to both.

Under the Remote Gambling Act 2014, an individual who, in Singapore gambles using remote communication; and using a remote gambling service that is not provided by an exempt operator shall be guilty of an offence and shall be liable on conviction to a fine not exceeding $5,000 or to imprisonment for a term not exceeding 6 months or to both.

The Police will spare no effort in clamping down and take tough enforcement action on vice activities. Those found engaging in illicit activities will be dealt with sternly in accordance to the law.