30 evacuated after fire breaks out at Henderson Crescent 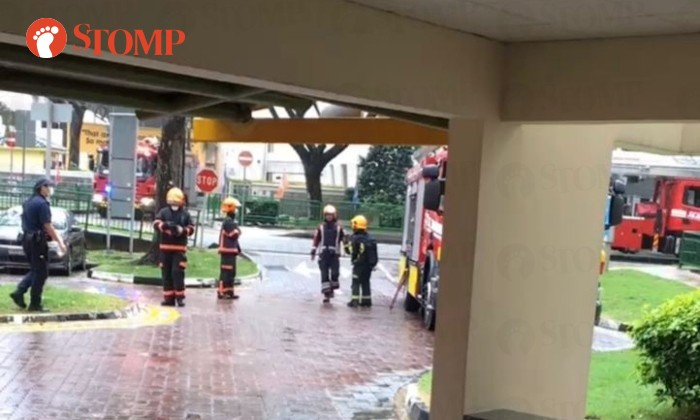 Thirty people have been evacuated after a fire broke out at Block 105 Henderson Crescent on Saturday (Aug 29).

Stomper V alerted Stomp to the incident and sent a few photos of what happened.

In the photos, SCDF personnel and trucks can be seen at the scene.

"I am unsure of what was happening at Henderson Crescent, but there was a burning smell," the Stomper shared.

In response to a Stomp query, a spokesman for SCDF said they were alerted to the fire at 3.20pm.

"SCDF conducted a forced entry into the 24th floor unit using a hydraulic tool to reach the fire, which involved contents of the kitchen," said SCDF.

"The fire was extinguished by SCDF using two fire extinguishers. About 30 people from the neighbouring units were evacuated as a precautionary measure."

The cause of fire is under investigation and there were no reported injuries.