3-year-old boy who got run over by car at Depot Walk in stable condition, police investigating 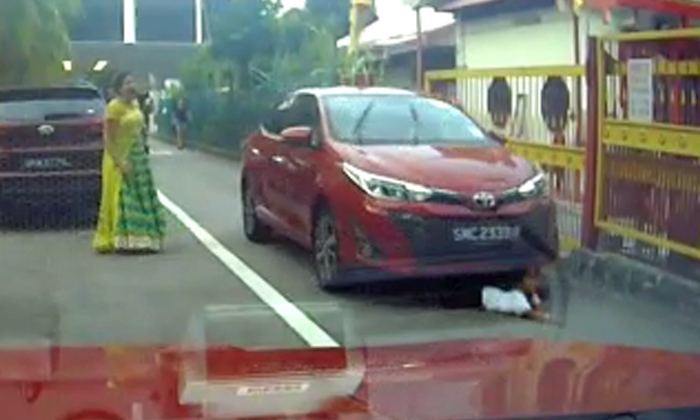 A three-year-old boy who was seen being run over by a car along Depot Walk on Saturday evening (Oct 5) is in stable condition.

A video of the toddler being hit by the car outside Sri Ruthra Kaliamman Temple went viral after being posted on Facebook, Stomp reported on Monday.

Responding to queries by Stomp, the police said they were alerted to the case at 10.35pm, about "a three-year-old boy who had been conveyed to National University Hospital at about 7.15pm for injuries believed to have been sustained in a traffic accident".

A police spokesman added: "The accident involving a boy and a car occurred along Depot Walk at about 6.30pm on the same day."

Mr Alagappan, the chairman of Sri Ruthra Kaliamman Temple, confirmed that the woman in the clip is the boy's mother and that they had just finished prayers at the temple on Saturday evening.

Mr Alagappan, 69, said that the boy is conscious and in stable condition, reported The Straits Times.

The driver of the car that hit the boy is believed to have exited from his vehicle to check on the child. He then took the boy and his mother to the hospital.

According to Lianhe Wanbao, the boy, who had knocked his head in the accident but was otherwise unharmed, is from North India.

A temple representative told Wanbao: "We learned of the incident afterwards.

"The boy suffered only minor injuries. It's really a miracle thanks to the blessing of the temple."

Related Stories
Toddler gets run over by car after dashing out to road in heart-stopping video
'I nearly lost my driving licence and killed this kid who dashed across road'
Boy who dashed across road in Hougang 'might not be so lucky next time'
More About:
accident
child
pedestrian
jaywalking
jaywalk