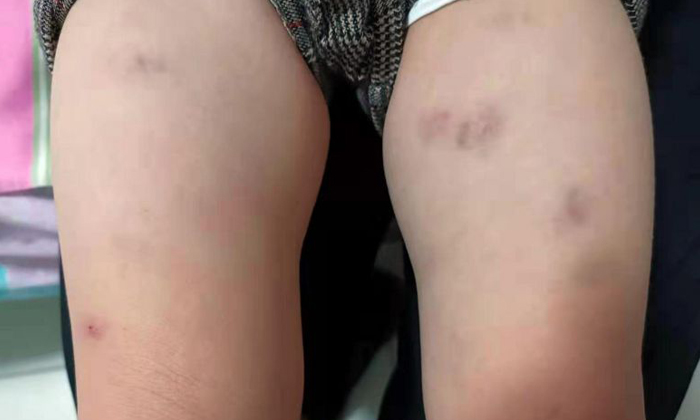 A teacher from a pre-school in the east has been temporarily suspended after a parent found bruises on her three-year-old son who attends the school.

The Early Childhood Development Agency (ECDA) is looking into the matter.

The boy's father, who wanted to be known only as Mr Zhao, said his son refused to go to school after bruises were found on him. A few days later, the boy said he was "afraid of the... teacher".

The boy and the pre-school cannot be named to protect the child's identity.

Mr Zhao, a 31-year-old photographer, said the bruises were discovered on Aug 14, when during dinner, his wife noticed several bruises on their son's legs and stomach area.

The couple contacted his pre-school about it, Chinese-language daily Lianhe Wanbao reported on Monday (Aug 26).

As they were not able to get any answers from the school at the time, the couple decided to file a police report.

Mr Zhao and his wife also took their son to KK Women's and Children's Hospital, and the doctor said the bruises were unlikely to have been caused by the child playing and getting bumps.

The police confirmed with The Straits Times that a report on the matter had been filed, and they are investigating.

When contacted, the pre-school told ST on Wednesday that two working days after the incident was reported, the teacher was temporarily suspended, pending the official incident report released by the authorities.

The teacher has been in the early childhood sector for four years and has been with the pre-school for more than a year.

A spokesman said the school takes a serious stance on the matter, and is working closely with the parents and the police.

ECDA said on Wednesday that "it takes a serious view towards any case of child mismanagement".

"Pre-schools are required to report to ECDA any incidents that have an impact on the safety of children and staff," the agency said.

"ECDA follows up on every alleged child mismanagement incident, such as through unannounced visits to pre-schools, interviews and verification of records.

"Immediate actions will be taken if findings support the allegation."