3 women nabbed for online sale of counterfeit goods, over $24k worth of items seized 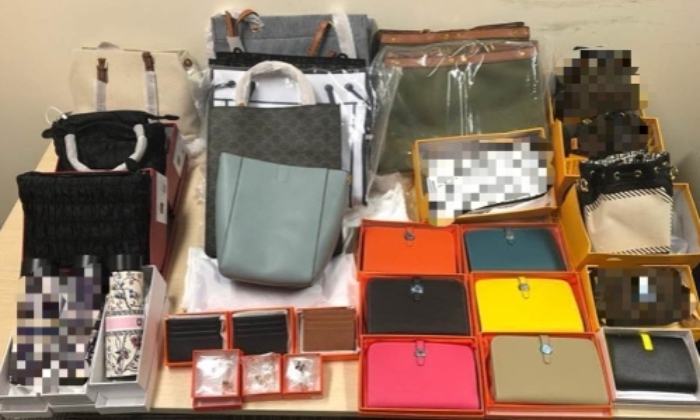 Three women, aged between 23 and 57, were arrested on Monday (Oct 26) for their suspected involvement in online sales of counterfeit goods.

The police said in a statement that officers from the Criminal Investigation Department conducted simultaneous raids at various locations island-wide, resulting in the arrests.

"During the operation, more than 690 pieces of trademark-infringing goods comprising handbags, apparel, footwear and accessories with an estimated street value of more than S$24,000 were seized," said the police.

Preliminary investigations revealed that one of the women had allegedly procured the counterfeit goods from foreign sources and had offered them for sale through social media.

Investigations against the women are ongoing.

The police said that they take a serious view of intellectual property rights infringements.

"Distribution and sale of counterfeit goods are serious offences and the police will not hesitate to take tough action against perpetrators who profit at the expense of legitimate businesses and consumers," added the police.

The offence of selling or distributing goods with falsely applied trademarks carries a fine of up to $100,000, or an imprisonment term which may extend to five years, or both.