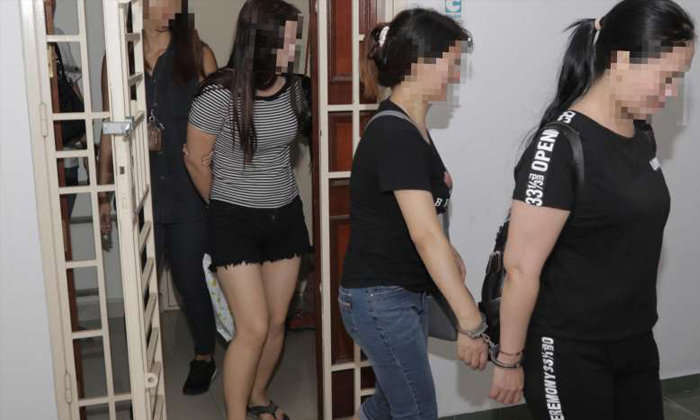 Three women aged between 37 and 42 were arrested by the Police for their suspected involvement in vice-related activities.

The arrest was made on June 21, after officers from Jurong Division conducted a raid in the vicinity of Jurong West St 65.

According to a news release by the Police, the suspects allegedly made use of their stay in Singapore on valid social visit passes to commit vice-related offences.

Preliminary investigations revealed that they have been advertising their sexual services on various online platforms.

During the operation, condoms and lubricants were seized as case exhibits.

According to The Straits Times, the women are understood to be from China.

Lianhe Wanbao reported that the raid was carried out at the 14th floor of a block in Jurong West Street 65.

Residents told reporters that they often saw strangers pacing the corridor outside the unit, and were glad about the arrest.

The Police added, "Anyone found assisting in vice activities will be dealt with severely.

"The Police will continue to clamp down on criminal activities and those who engage in such activities will be dealt with sternly in accordance with the law."