3 taken to hospital after van reverses into Tuas eatery, driver assisting with investigations 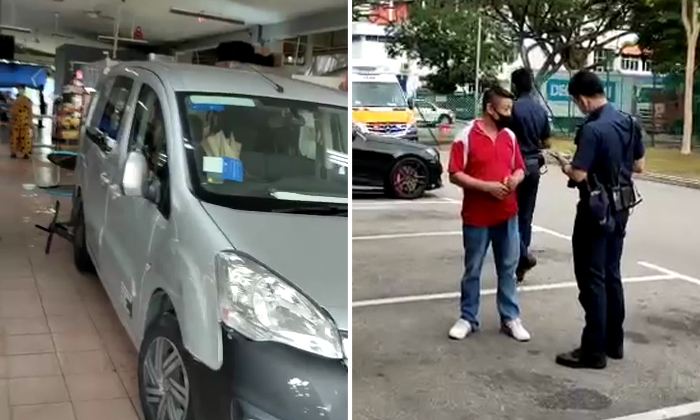 Three people were taken to hospital after a van reversed and crashed into an eatery in Tuas on Friday afternoon (March 12).

In response to a Stomp query, the police said they were alerted to the accident at Block 18 Gul Street 3 at 12.38pm.

"Two men and one woman, aged between 40 and 69, were conscious when taken to the hospital," police added.

"The 63-year-old male driver is currently assisting with police investigations into the case of negligent act causing hurt."

According to Shin Min Daily News, the incident occurred at Canteen Chuang Hock. 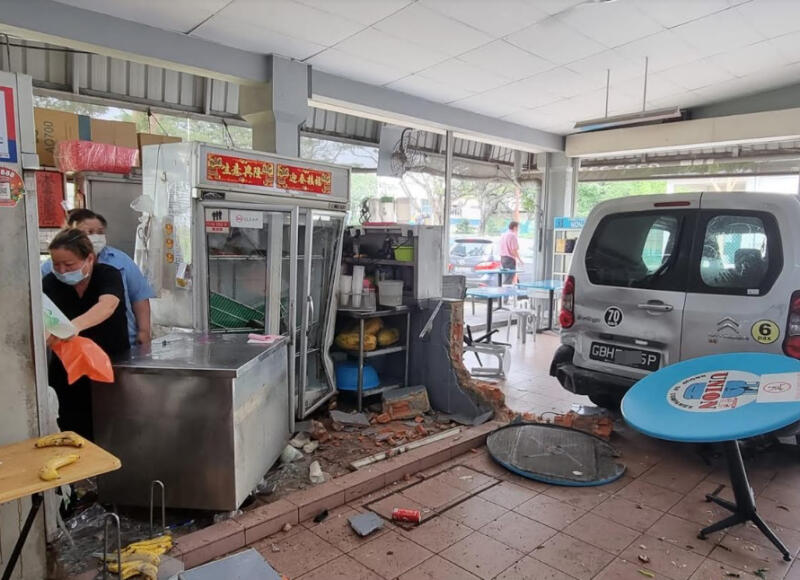 The van driver said he had just finished delivering goods in the vicinity and was reversing into a parking lot so that he could have lunch at the eatery.

However, he accidentally stepped on the accelerator while his vehicle was still in reverse gear, which caused him to ram into a metal frame.

The driver told Lianhe Zaobao: "I was shocked. Before I had time to recover, I accidentally stepped on the accelerator again.

"The van reversed once more and crashed into the eatery. It knocked tables over and hit a fruit stall before coming to a halt.

"I immediately got out of the vehicle to investigate, and stayed at the scene and waited for the authorities to arrive."

Related Stories
Van crashes into railing, mounts road divider after accident with car in Woodlands
Motorcyclist taken to hospital after accident with van at Yishun junction
Van and car in accident outside Bras Basah Complex
More About:
accident
van
trapped in odd spot