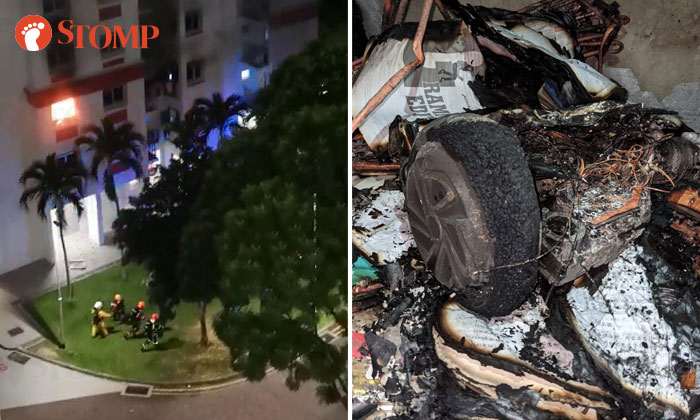 Three people were taken to hospital after a fire broke out at Block 185C Rivervale Crescent on Tuesday evening (Sep 14).

Stomper Joey alerted Stomp to the incident and shared footage of flames coming from a third-storey unit.

The Singapore Civil Defence Force (SCDF) said they were alerted to the fire at about 9pm.

"Upon SCDF's arrival, the fire was raging in a unit on the third floor," the statement said.

"The fire involved the contents of a bedroom and was extinguished by SCDF with one water jet.

"The rest of the unit suffered heat and soot damages."

[Fire @ Block 185C Rivervale Crescent] At about 9pm today (14 Sept), SCDF was alerted to a fire at the aforementioned...

The unit's three occupants had self-evacuated prior to SCDF's arrival.

Two of them were taken to Singapore General Hospital while anther was taken to KK Women's Children's Hospital.

They were all conveyed for smoke inhalation and/or burn injuries.

As a precautionary measure, the police evacuated about 10 residents from neighbouring units.

"Preliminary investigation into the cause of the fire indicates that it was of electrical origin from a Personal Mobility Device (PMD) battery that was being charged in the affected bedroom," said SCDF. 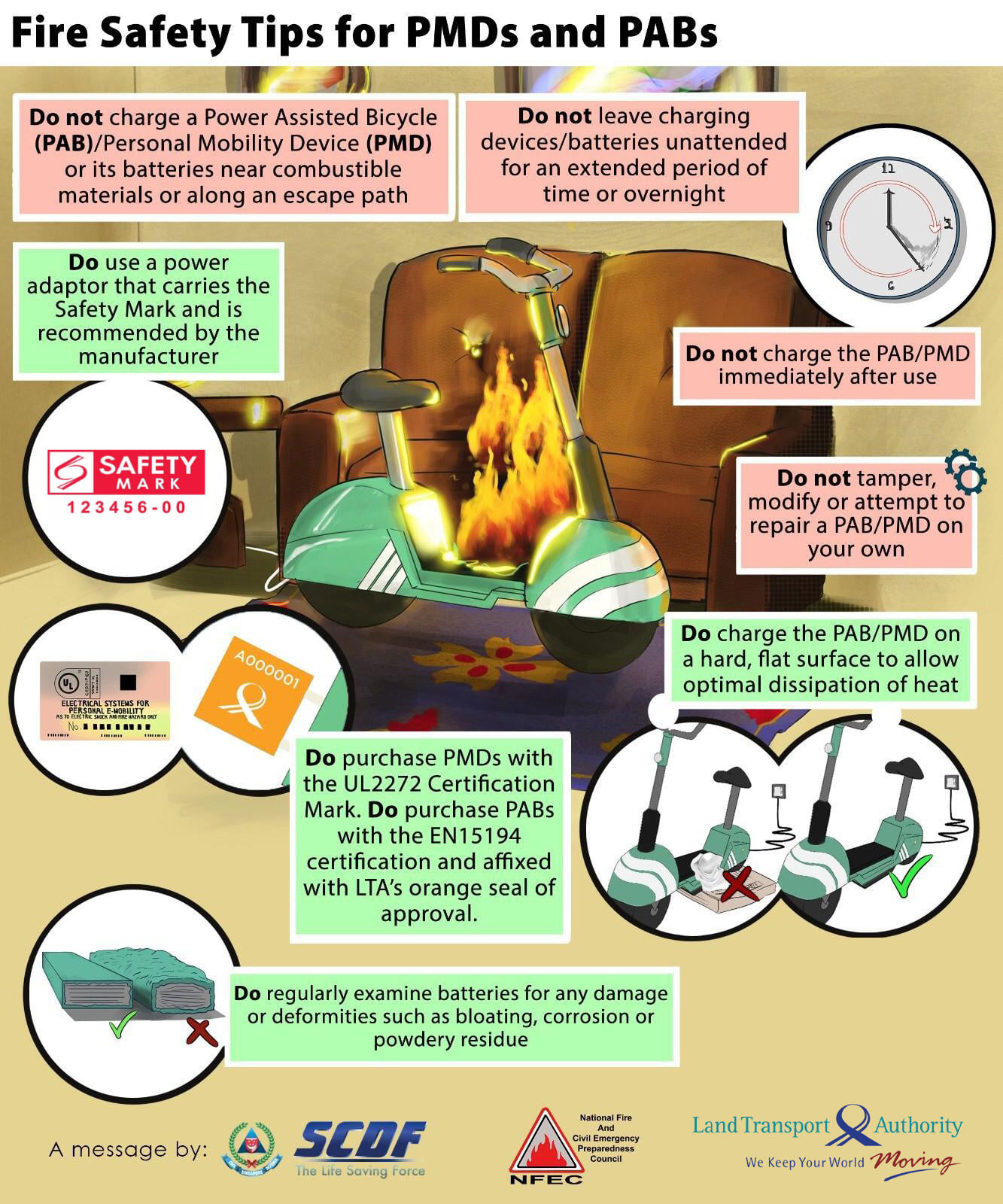