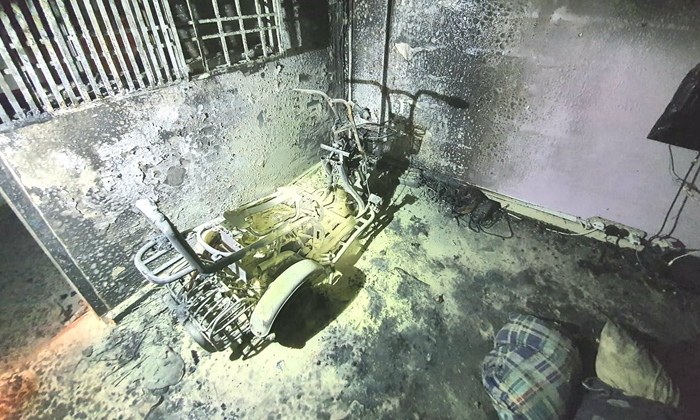 Three people were taken to hospital after a fire broke out in a flat at Block 314 Ang Mo Kio Avenue 3 on early Wednesday morning (July 7).

The Singapore Civil Defence Force (SCDF) responded to the incident at around 12.15am, it said in a Facebook post.

The blaze involved a Personal Mobility Aid (PMA) scooter in the living room of a unit on the 10th floor.

It was extinguished by members of the public using buckets of water through the window and doorway of the unit prior to SCDF’s arrival.

SCDF firefighters wearing breathing apparatus sets rescued two occupants from the affected unit. One was found at the entrance of the unit and another was found in the toilet.

The pair was taken to Tan Tock Seng Hospital and KK Women's and Children's Hospital.

"A resident from a 12th-floor unit was also conveyed to Tan Tock Seng Hospital for smoke inhalation," SCDF added.

About 50 residents of the affected block were evacuated by the police and SCDF as a precautionary measure.

Preliminary investigation into the cause of the fire indicates that it was of electrical origin from the PMA scooter.

In its post, SCDF also reminded members of the public that motorised devices that are modified, not properly maintained or do not use the original chargers are fire risks.