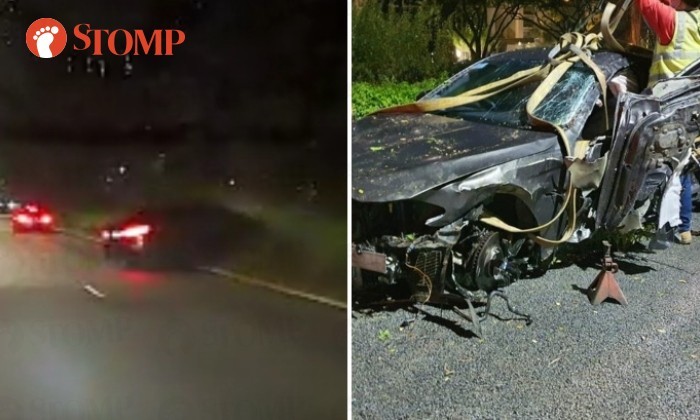 Three people were taken to hospital after an accident involving two cars along the East Coast Parkway (ECP) towards the Marina Coastal Expressway (MCE) on Saturday (Jan 9).

In response to a Stomp query, the police said they were alerted to the accident at 2.02am.

"Two female passengers aged, 23 and 24, and a 25-year-old male passenger were conscious when conveyed to Changi General Hospital," added the police.

Footage of the accident has been circulating on social media over the weekend, with one of the videos posted on Singapore Road Vigilante's YouTube page garnering over 114,000 views.

In the video, a BMW car appears to be changing lanes but ends up skidding and crashing into the road divider.

The car can then be seen flipping twice as debris flies everywhere.

Some debris even lands on the windscreen of a nearby car, which is where the video appears to be taken from.

A woman's voice can be heard saying "stop, stop, stop" as the car slows down and comes to a halt.

Photos of the aftermath of the accident were also circulated on Facebook, showing the BMW in a mangled state. 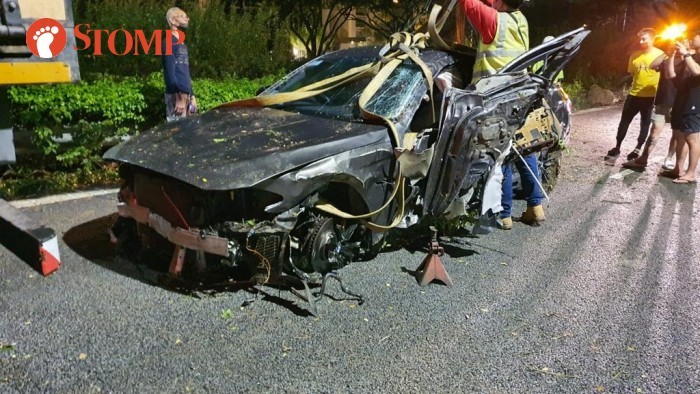 The car plate number appears to have fallen off and the front wheel seems to have burst.