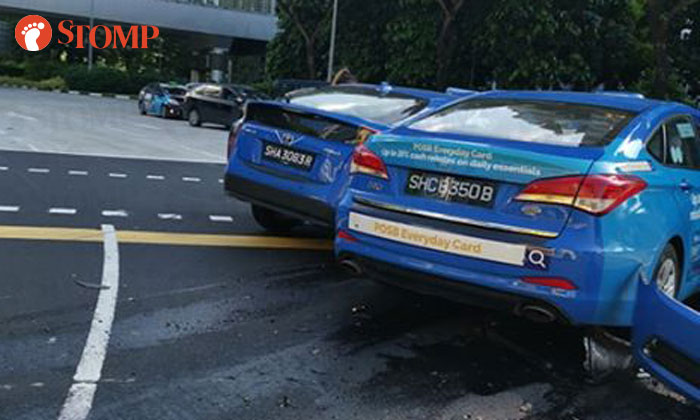 Three people were taken to hospital after two ComfortDelGro taxis collided at the junction of Boon Lay Way and Jurong Gateway on Friday morning (Dec 27).

Stomper Aloha alerted Stomp to the accident and shared a photo he took as he was passing by.

In response to a Stomp query, the police said they were alerted to the accident at about 9.42am.

"The taxi drivers and a passenger, aged between 61 and 66, were conscious when conveyed to Ng Teng Fong General Hospital," a police spokesman said.

"We are sorry to learn about this accident involving two of our taxis.

"Our topmost priority is the well-being of the passenger and our cabbies.

"We are in touch with all three of them who are currently in the hospital under observation and will be extending all assistance to them."