3 taken to hospital after 2 motorcycles collide along PIE 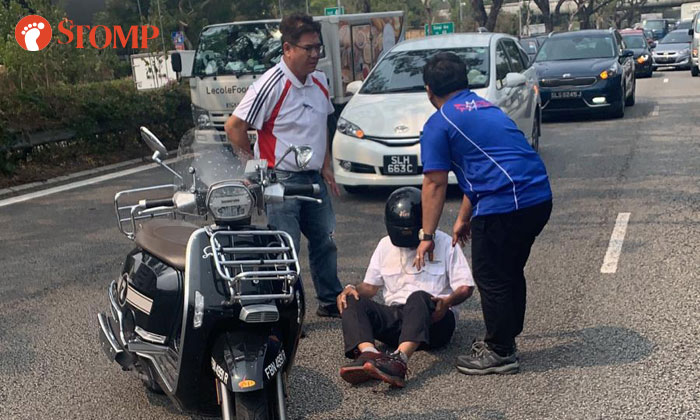 Two men and a woman were taken to hospital after the two motorcycles they were riding collided on the Pan Island Expressway (PIE) on Monday afternoon (Sep 9).

Stomper Nora alerted Stomp to the incident and shared photos she took at the scene.

"The couple on the bike overshot and accidentally hit the older man on his motorcycle," she said.

"Thankfully, a staff from Ming Movers stopped to help the old uncle."

In response to a Stomp query, the police said they were alerted to the accident along the PIE towards Tuas at about 3.15pm.

"The two male motorcyclists, aged 58 and 29, as well as a female pillion rider, aged 28, were conscious when conveyed to Changi General Hospital," a police spokesman said.