3 taken to hospital, 1 trapped in driver's seat of bus after accident at Changi Airport 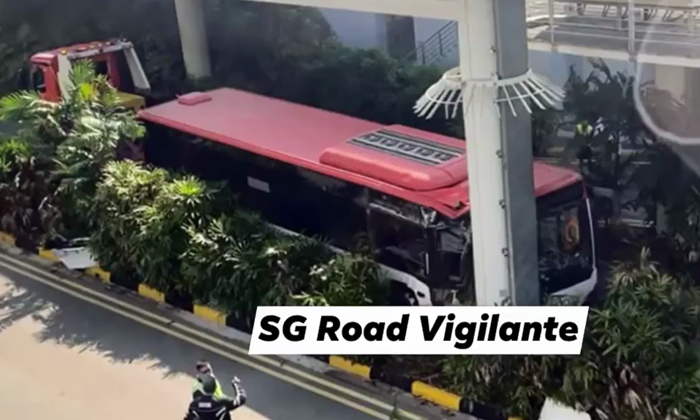 A person was trapped in the driver's seat of a bus following an accident at Changi Airport on Wednesday (Sept 22).

The SBS Transit bus appeared to have crashed into a pillar of a Skytrain track which was running above it.

Three people, a 59-year-old male bus driver, and two passengers - a woman, 34, and a man, 42 - were conscious when they were taken to Changi General Hospital, said the authorities.

The accident occurred at about 1.05pm along 65 Airport Boulevard, between Terminal 3 and Terminal 1.

It is unclear whether the bus driver was the one trapped in the driver’s seat.

Confirming the accident, the Changi Airport Group said: "No services have been running on the affected Skytrain track and there was no impact to the infrastructure."