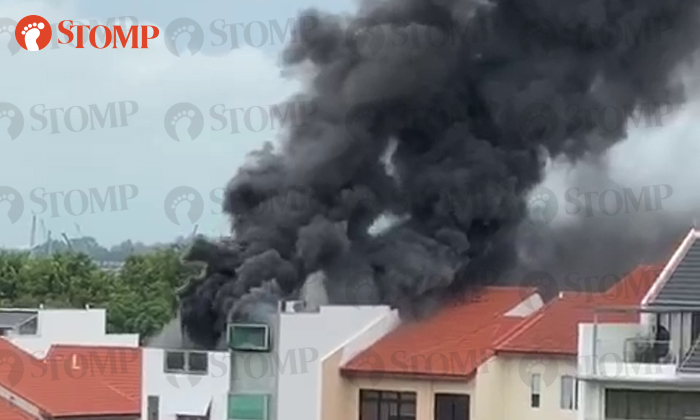 Three residents were taken to hospital for suspected smoke inhalation after a fire broke out at a terrace house in Bedok on Sunday afternoon (Dec 8).

Responding to a Stomp query, the Singapore Civil Defence Force (SCDF) said it was alerted to a fire at Peakville Terrace at around 3.05pm.

The fire, which involved contents on the third floor of the apartment, was extinguished by the SCDF using one water jet.

Three home occupants evacuated themselves prior to SCDF's arrival and were subsequently taken to Singapore General Hospital for suspected smoke inhalation.

The smoke can be seen subsiding after firefighters responded to the blaze.

Gailani told Stomp: "I saw black fumes and flames raging from the roof of the house. There was also soot on the roof.

"I heard things falling, people shouting and the sirens of police cars, fire engines and ambulances.

"There was also a smell of burnt wood in the air."