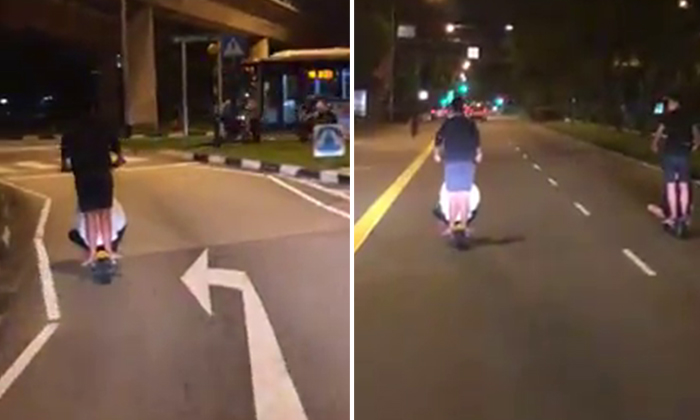 Several Stompers alerted Stomp to a video of the incident that was published on a Facebook page, ROADS.sg.

In the video, three PMDs are riding on a road in Woodlands. On two of the PMDs, two persons can be seen on each device, where one is sitting and the other is standing.

The person filming is constantly honking throughout the video.

The video has over 370 comments, where some netizens have voiced out how PMDs are dangerous and should be banned.

Other netizens turned their focus onto the driver, saying that he should "chill and move on". 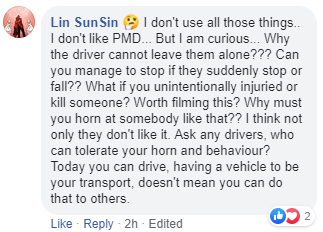 If you were the driver, how would you react?