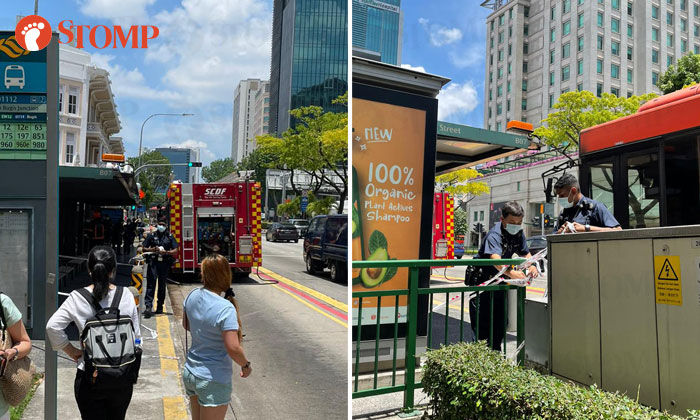 Three people self-evacuated after a signboard caught fire outside a store at Bugis Street on Wednesday afternoon (Mar 10).

The signage belonged to the Bee Cheng Hiang store.

A Stomper alerted Stomp to the incident and shared photos of Singapore Civil Defence Force (SCDF) vehicles at the scene.

In response to a Stomp query, the SCDF said it was alerted to a fire at 239 Victoria Street.

"The fire involved a signboard outside a store on the first floor," an SCDF spokesman said.

"3 persons self-evacuated before the arrival of SCDF."

Bugis Town, which is made up of Bugis Junction, Bugis+ and Bugis Street, posted an update regarding the fire on its Facebook page.

Dear shoppers, at about 1 pm today (10 March), the signage of Bee Cheng Hiang store at Bugis Street caught fire. It was...

It wrote that Bee Cheng Hiang and the adjacent stores were temporarily closed for cleaning and maintenance.