3 of 12 puppies dead after smuggling attempt: Man was offered $1k to deliver them from JB 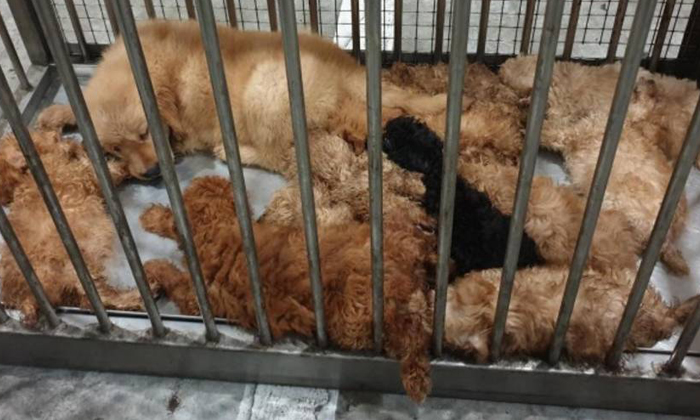 An odd-job labourer tried to smuggle 12 puppies, crammed into the spare tyre compartment of a car, from Malaysia into Singapore.

But Kelvin Phua Yong Lin was caught at the Tuas Checkpoint and the authorities found that the compartment was "very congested with poor ventilation".

There was also no food or water and three puppies later died. They were found dehydrated with inflammatory conditions within their lungs and hearts.

The 36-year-old Singaporean was sentenced on Wednesday (Aug 7) to 32 weeks' jail after pleading guilty to one count each of importing the puppies from Malaysia without a licence, and conveying them in a manner that subjected them to unnecessary suffering.

The court heard that on Dec 8 last year, Phua's friend, known only as Alex, offered him $1,000 to smuggle dogs from Johor Baru to Singapore.

Phua accepted the offer and drove to Malaysia in a rented car on Dec 10. He met a man at a carpark and the latter transferred 11 poodles and one golden retriever to the vehicle. The puppies were placed inside the compartment in the boot and the hole was covered with a spare tyre.

While returning to Singapore, Phua was stopped for a routine check at the Tuas Checkpoint at around 3.30am the next day.

When questioned by an officer from the Immigration and Checkpoints Authority, he stated that he had nothing to declare.

The officer inspected the car and discovered the puppies, which were not microchipped.

The puppies were seized and handed over to an officer from the quarantine department of the then Agri-Food and Veterinary Authority (AVA). He found that they appeared sleepy and lethargic and showed signs of being sedated.

Three poodles died while in quarantine.

He said: "He was not involved in placing the 12 puppies in the car... He was only instructed to drive... into Singapore.

"While the accused was promised $1,000 to deliver those puppies, he never received that amount.

Judge Nakhoda said that Singapore is free from rabies, unlike Malaysia. By committing the offence, Phua could have introduced a "very serious" disease here, he added.

The World Health Organisation has estimated that the number of human deaths caused by rabies - a fatal viral disease transmitted through the bite of an infected animal - is 60,000 each year.

For conveying animals in a manner that subjected them to unnecessary suffering, first-time offenders can be jailed for up to a year and fined up to $10,000.

On April 1 this year, AVA was restructured to form the Singapore Food Agency and the Animal and Veterinary Service. The latter comes under the National Parks Board.

Related Stories
Man caught trying to smuggle 12 sedated puppies through Tuas Checkpoint, 3 of which died
11 of 23 puppies dead after being smuggled from Malaysia in carriers that were too small
Fish farm operator attempts to smuggle puppies into S'pore by cramming them into car's speaker box
More About:
smuggling
dogs
animal cruelty
animal abuse