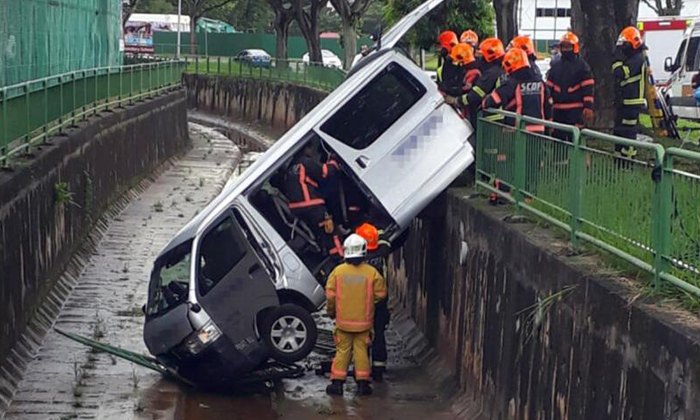 Four people, including a three-month-old infant, were taken to hospital after a van crashed into a canal in Bukit Batok West on Saturday morning (Nov 28).

"A 12-week-old female passenger and a 34-year-old male passenger were conscious when conveyed to National University Hospital," added a police spokesman.

According to Lianhe Wanbao, the van is believed to have been turning left towards Bukit Batok West Avenue 8 when it lost control, crashed into a railing and plunged into the two-meter-deep canal.

it was drizzling and the road was slippery at the time of the accident.