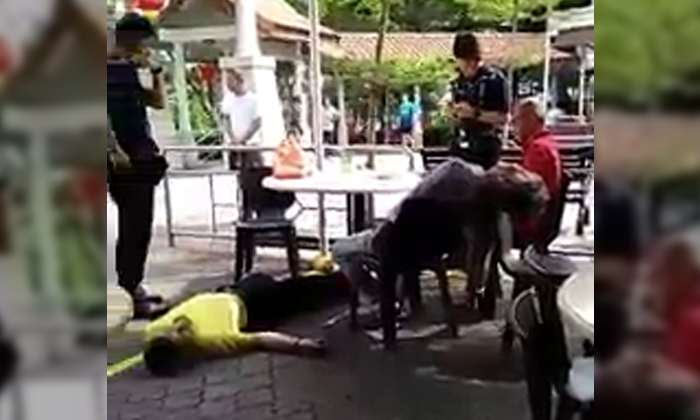 Three men aged between 55 and 56 were arrested for suspected drug-related offences at a coffee shop in Bukit Batok on Saturday morning (March 24).

Responding to media queries by Stomp, the police said they were alerted to an "incident" at Block 279, Bukit Batok East Avenue 3, at 10.06am.

Stomp understands that officers, who were on patrol, had conducted a search and found drugs on the suspects, including unidentified pills and an unknown substance.

The men are believed to have been taking drugs before police arrived.

A video of the incident has been circulating online.

It shows one man lying on the floor, another man slumped in a chair, and a third man speaking to the police.

"One of the suspects, a 56-year-old man, was conscious when conveyed to Ng Teng Fong General Hospital," a police spokesman told Stomp.

Stomp understands that he was the man found lying on the ground.

A witness told Shin Min Daily News that the man had collapsed to the ground suddenly.

Related Stories
Is this for real? Men seen in zombie-like trance at Kallang Ave will freak you out
4 men arrested near JCube for multiple offences after police conduct check on vehicle
38-year-old man arrested at Blk 528 Ang Mo Kio Ave 10 for drug-related offences
More About:
drugs
arrest
police
Bukit Batok