3 injured after Jaguar swerves into van and car on SLE 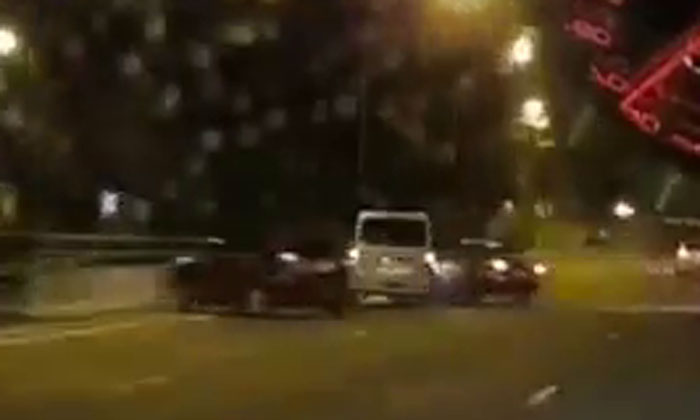 Two men and a woman were taken to hospital after an accident involving a Jaguar, a Honda, and a van along the Seletar Expressway (SLE) towards the Bukit Timah Expressway (BKE) on Sunday morning (Dec 6).

A video of the incident was posted on SG Road Vigilante's Facebook group page on Sunday showing the light blue Jaguar travelling at a high speed along the expressway.

The Jaguar then sharply swerves to the left and hits the side of the Honda travelling in the middle lane before hitting the van in the leftmost lane.

The impact causes the Jaguar to careen to the right and crash into the side of the expressway before zigzagging and coming to a stop on the left road shoulder.

In a clip added to the video, the Jaguar is seen being towed away later on in the day. 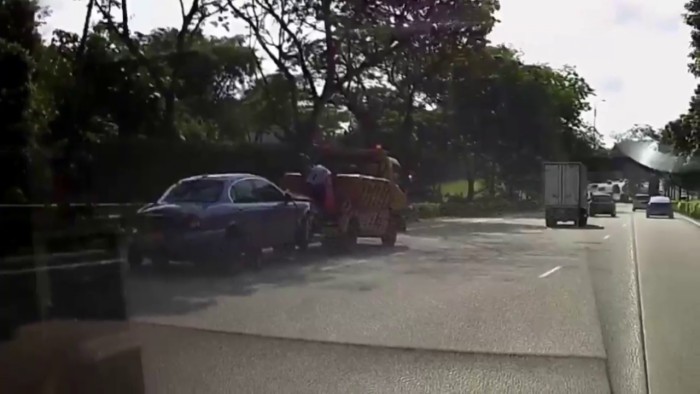 In response to a Stomp media query, the police said they were alerted to the accident at about 5.57am.

The 65-year-old driver of the Honda and his two passengers, a 36-year-old woman and 42-year-old man, were conscious when taken to Khoo Teck Puat Hospital.

Stomp understands that no one in the other two vehicles was hurt.

According to The Straits Times, the people taken to hospital suffered minor injuries to the neck and back.